Fear not.
There’s another great book  about Adolph Frump: Mr. Trump’s Wild Ride: The Thrills, Chills, Screams, and Occasional Blackout of an Extraordinary Presidency($28.99). CBS News Chief White House Correspondent Major Garrett  shares his unique insider’s perspective in this authoritative and entertaining account of the most important and wide-reaching events of the asshole’s first year in office. 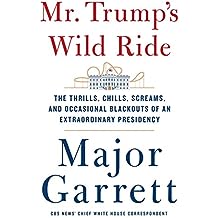 As Entertainment Weekly wrote in a preview of the book, “CBS News’ Major Garrett is a more careful journalist than Fire and Fury author Michael Wolff, but the conceit of his book—the first year in the Trump White House—is similar enough to have us plenty intrigued.”

Just because we can’t stand him doesn’t mean William Shatner shouldn’t have even more attention paid to him. After a brief health scare in 2016, the veteran actor offers one piece of advice to live a long and good life: Don’t die. 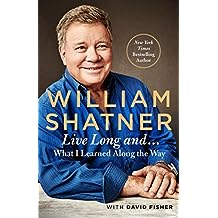 In Live Long And…: What I Learned Along the Way, he uses a combination of pithy humor and thoughtful vulnerability to reflect on his unique and fascinating life. Booklist says, ” . . . fans will enjoy Shatner’s musings on his passions and adventures.”

Just how much does Jeff Bridges like his friend, Gary Busey’s, new book? “Get to know Gary Busey, who once told me he was an angel in an earth suit. Indeed he is, giving us messages he’s received from on high, messages that inspire and support us in living a beautiful fulfilled life. Get to know my dear friend Gary Busey, read Buseyisms.”
Professional actor and semi-professional wildman Busey has done more things in his life, ranging from the impressive to the insane, than most people have done in ten lifetimes, and he’s still going.

Through it all, Busey has kept a positive outlook, even as he’s endured more extreme highs and lows then one would think possible. He’s rubbed elbows with cinema legends, partied with the rich and famous, and even toured with a hit band. It’s all in Buseyisms: Gary Busey’s Basic Instructions Before Leaving Earth ($24.99), along with some sage words from a real character.

Regarded as one of the greatest drummers of all time, Kenney Jones has seen it all, played with everyone, and partied with all of them. He’s enjoyed the highs, battled the lows, and emerged in one piece. 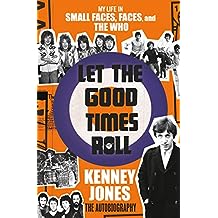 Let the Good times Roll ($29.99) is the long-awaited memoir of the legendary drummer’s life and times in the bands Small Faces, Faces and The Who. Jones has penned a breathtaking immersion into music past that leaves readers feeling as if they lived it too.SS moving memoir from one of ESPN’s top football reporters, Kirkus Rviews says that Adam Schefter’s The Man I Never Met “is affecting not only for the story it tells of how the author learned to honor his wife’s husband as ‘the fifth member of [his] family,’ but also for how it shows a man growing into a mature understanding of the true meaning of love and sacrifice.” 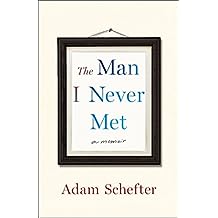 |
Super Bowl-winning coach and author Tony Dungy calls  “a story every American should read” and New York Times bestselling author Mitch Albom hails this memoir as, “A fresh and triumphant take on the aftermath of 9/11.”

The duo behind Delicious Poke Cakes and Delicious Dump Cakes is back with another book of quick and easy desserts. 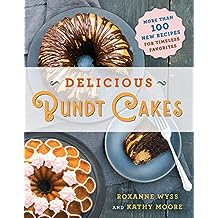 In Delicious Bundt Cakes, ($19.99), Roxanne Wyss and Kathy Moore unlock the secret of the Bundt cake. The book features more than 100 recipe—made completely from scratch, as well as recipes based on boxed cake mixes—and color photos throughout, along with all the hints and tips you’ll need to make a spectacular Bundt cake every time.  Chocolate Peanut Butter Tunnel Bundt Cake anyone?