We almost bugged out when we realized a new and good . . . a new and very good . . . kids’ book was being released tomorrow!  How did this happen? Do we blame spam? Laziness? The pandemic? We’ll blame all of them, though we do wish important emails that live in  our unwelcome underground go to . . .

Spam should be against the law, which brings us to British lawyer/author John Sharer,  who now brings us to Ants Don’t Talk, Do They? (Wompetias Press, $18.95/$10.95), the warm and welcoming story of Chet, a lonely boy who, because he has a contagious  illness, has to stay in his room. By himself. All day every day. For month after month. 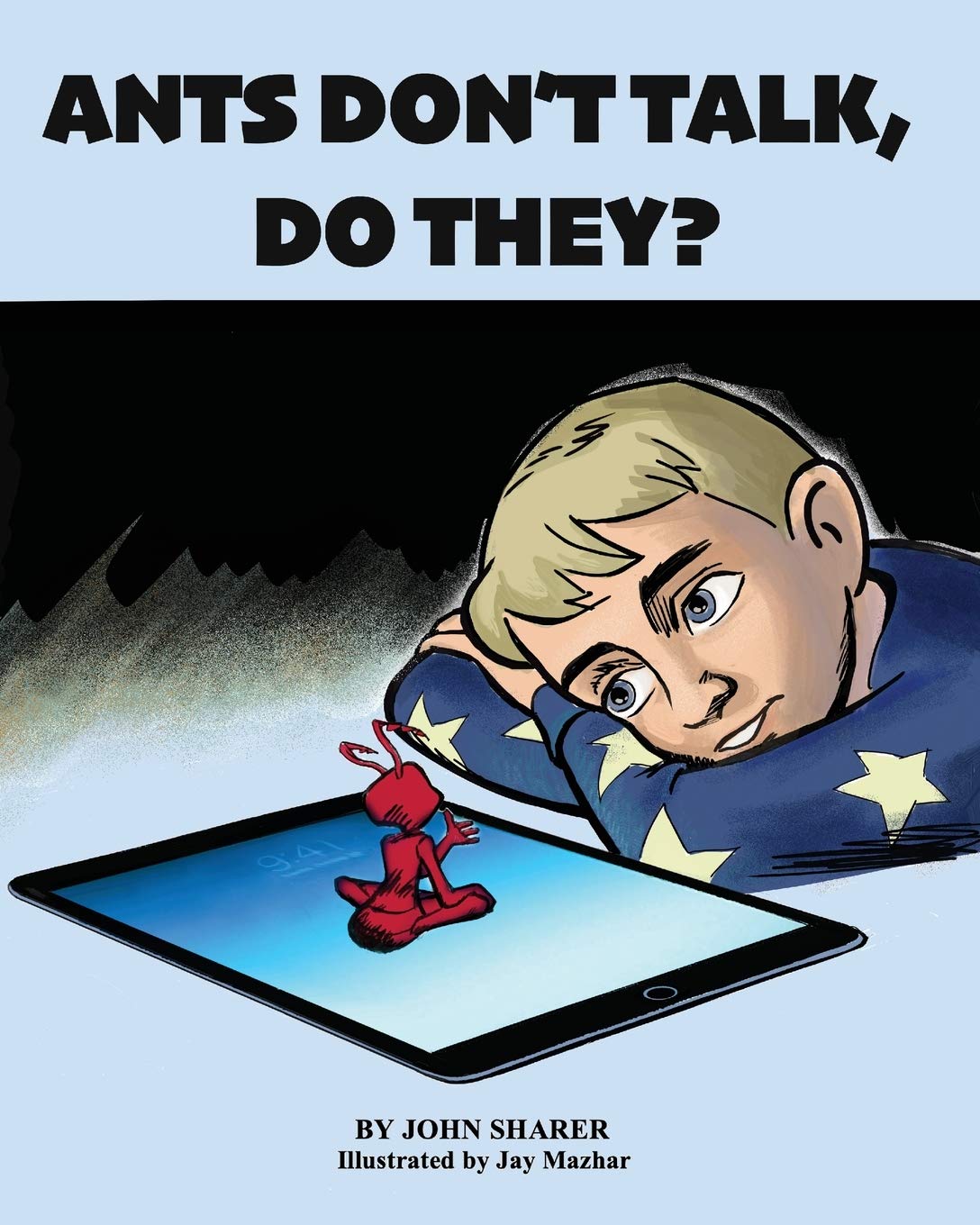 Chet keeps busy by daydreaming and playing games on his tablet.  One day an ant walked across the screen. It looked like an ordinary insect, but over several weeks, Chet learned this was not an ordinary ant. It talked! It did wondrous and  magical things! It was kind and gentle, actions which really helped Chet overcome his loneliness and boredom, helped him stay engaged and, of course,  get well. The most important lesson he learned? Not to take anything before being quarantine for granted . . . especially when he’s able to return to his friends, family and school.

Indeed, such adventures didn’t bug out Chet. But what would you do if an ant started talking to you? Would you faint? Run from the room? Or, gulp!, stomp on the little creature? No need to worry: Talking ants—officially known as member of the special club  ASK (Ants for Sick Kids)—only visit and interact with children who are ill and contagious and who must be quarantined from others.

We told you such talking ants was anything but ordinary!

With warmth and humor, Ants Don”t Talk, Do They?  will capture the imagination of kids during these extraordinary and sometimes challenging times. And the illustrations by Jay Mazhar are simply delightful! This amusing and lighthearted tale offers a very relatable situation for children—and adults—as we all begin to reemerge from months of staying at home to a “new normal”.

Think of this as a gift parents, grandparents and “ants” and uncles, should give to restless and bored little ones.

Learn more about the author and book @ johnhsharer.com