We turned green with fear and shock the first time we watched The House By the Cemetery, a truly frightening horror flick released in 1984. So bloody that cuts had to be made in Europe before its release.
Let us tell you the story: A young family moves from their cramped New York City apartment to a spacious new home in New England. But this is no ordinary house in the country: the previous owner was the deranged Dr. Freudstein, whose monstrous human experiments have left a legacy of bloody mayhem. Now someone ( or something) is alive in the basement, and home sweet home is about to become a horrific hell on earth. 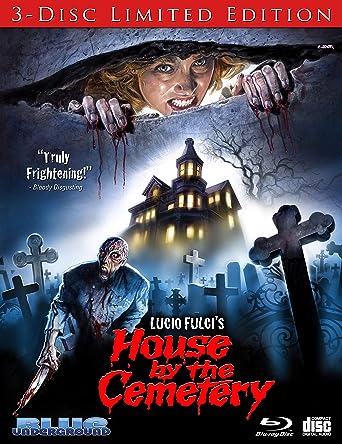