In When Broadway Went to Hollywood (Oxford University Press, $29.95) Ethan Mordden directs his unmistakable wit and whimsy to these challenging questions and more, charting the volatile and galvanizing influence of Broadway on Hollywood (and vice versa) throughout the twentieth century.

Along the way, he takes us behind the scenes of the great Hollywood musicals you’ve seen and loved, as well as some of the outrageous flops you probably haven’t. The first book to tell the story of how Broadway affected the Hollywood musical, When Broadway Goes to Hollywood is sure to thrill theatre buffs and movie lovers alike.

When JFK and Jackie took the White House in 1961, Jackie appointed famed designer and family friend Oleg Cassini, as her personal “Secretary of Style.” From classic pillbox hats to casually elegant daywear and A-line and empire dresses, Cassini created an enduring look for the stylish her, and the First Lady became a fashion muse for the ages.

Meanwhile, women across the country enthusiastically copied her look; one that endures today and that transformed Jackie into one of the most beloved style icons of all time. Jackie and Cassini showcases the fashions and details the collaborations of an extraordinary teaming of designer and muse.

The cat’s meow . . . of sorts. Gain a deeper understanding of your canine friends through these in-depth breed profiles that showcase how working dogs think. From familiar breeds like the Border Collie, Corgi, and Dachshund to the lesser-known Akbash, Puli, and Hovawart, Janet Vorwald Dohner describes 93 breeds of livestock guardian dogs, herding dogs, terriers, and traditional multipurpose farm dogs, highlighting the tasks each dog is best suited for

and describing its physical characteristics and temperament. Farm Dogs: A Comprehensive Breed Guide to 93 Guardians, Herders, Terriers, and Other Canine Working Partners (Storey Publishing, $26.95) also offers an accessible history of how humans bred dogs to become our partners in work and beyond, providing a thorough introduction to these highly intelligent, independent and energetic breeds. Purr-fect!

This Way Madness Lies (Thames & Hudson, $45) is a thought-provoking exploration of the history of madness and its treatment as seen through the lens of its proverbial home: Bethlem Royal Hospital, London, popularly known as Bedlam. Mike Jay’s book charts the evolution of the asylum through four incarnations: The eighteenth-century madhouse, the nineteenth century asylum, the twentieth-century mental hospital, and the post-asylum modern day, when mental health has become the concern of the wider community.

Moving and sometimes provocative illustrations sourced from the Wellcome Trust’s exceptional collection and the Bethlem Royal Hospital’s archive highlight the trajectory of each successive era of institution. Each chapter concludes with a selection of revealing and captivating artwork created by some of the inmates of the institutions of that era.

Just before midnight on March 12, 1928, the St. Francis Dam, a 12-story-high concrete structure just fifty miles north of Los Angeles, suddenly collapsed, releasing a devastating flood that roared 53 miles to the Pacific Ocean, destroying everything in its path. What caused this unexpected catastrophe, and why are the facts largely missing from history books? With research gathered over more than two decades, award-winning writer and filmmaker Jon Wilkman revisits the deluge that claimed nearly 500 lives in Floodpath: The Deadliest Man-Made Disaster of 20th-Century America and the Making of Modern Los Angeles (Bloomsbury, $28). Driven by eyewitness accounts and combining urban history, technological detective story, and life-and-death drama, Floodpath grippingly reanimates the reality behind noir fictions such as the film Chinatown.

Millions of people around the world believe we have been visited in the past by extraterrestrial beings. What if it were true? And if so, what if there were clues left behind? Each week, hundreds of thousands of viewers tune in to the wildly popular Ancient Aliens television series to seek insight into those very questions and to become part of a thrilling, probing exploration of the mysteries at the heart of world civilizations. Ancient Aliens: The Official Companion Book (HarperElixir, $29.99) takes readers even deeper into the mysteries that have made the show a pop culture phenomenon.

Filled with exciting insights and behind-the scenes stories from the show’s creators and leading experts in ancient alien theory, the book explores the key questions at the heart of the series: Who were they? Why did they come? What did they leave behind? Where did they go? Will they return? A perfect companion: The first official adult coloring book that ties into the hit series, brimming

with 40 detailed illustrations of ancient artifacts, awe-inspiring archaeological locations and cultural phenomena, Ancient Aliens: The Coloring Book (HarperElixir, $9.99) immerses both the show’s fans and coloring enthusiasts in the wonder of these enigmas.

In the late 1800s, the city of Austin, Texas was on the cusp of emerging from an isolated western outpost into a truly cosmopolitan metropolis. But beginning in December 1884, Austin was terrorized by someone equally as vicious and, in some ways, far more diabolical than London’s Jack the Ripper. For almost exactly one year, the Midnight Assassin crisscrossed the entire city, striking on moonlit nights, using axes, knives and long steel rods to rip apart women from every race and class.

At the time the concept of a serial killer was unthinkable, but the murders continued, the killer became more brazen, and the citizens’ panic reached a fever pitch. With vivid historical detail and novelistic flair, Skip Hollandsworth brings this terrifying saga to life in the sweeping The Midnight Assassin: Panic, Scandal, and the Hunt for America’s First Serial Killer. (Henry Holt, $30).

Ask any fashioniosta, and she (he?) will always remind you all it takes is the right accessory to pull off a great look. And if that accessory happens to be handmade by you? All the better! In  Melissa Leapman’s Designer Crochet Accessories, the author shows you how to make more than 25 fresh and beautiful crocheted accessories for women. 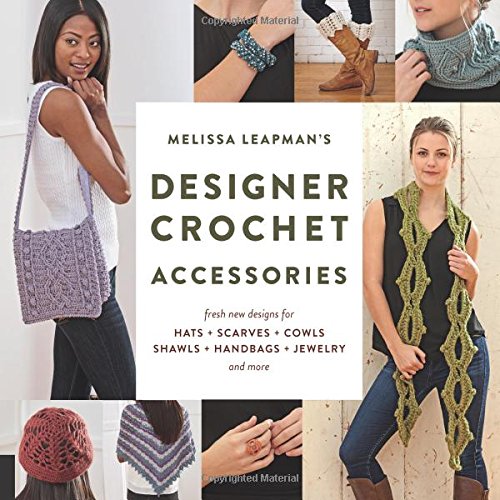 From winter warmers like cozy hats and scarves that make a statement to all-season wardrobe builders such as one-of-a-kind jewelry, colorful handbags, and stunning shawls. The projects include something for crocheters of all levels, from beginners to intermediate and advanced knitters. Crafters of all skill levels will find a a project to keep their fingers busy. Each project offers easy-to-follow instructions, stitch diagrams using international symbols, and a clear photo to illustrate the finished piece.

Although many will remember the stirring adventures of “Swamp Fox” Francis Marion from the Walt Disney television series of the late ’50s and the fictionalized Marion character played by Mel Gibson in the 2000 film The Patriot, the real man bore little resemblance to either of those caricatures. But his exploits were no less heroic as he succeeded, against all odds, in repeatedly foiling the highly trained, better-equipped forces arrayed against him. In The Swamp Fox: How Francis Marion Saved the American Revolution (Da Capo Press, $26.99), we meet many colorful characters from the Revolution.

In  this first major biography of Marion in more than 40 years, John Oller compiles striking evidence and brings together much recent learning to provide a fresh look both at Marion, the man, and how he helped save the American Revolution.

Let the People Rule: Theodore Roosevelt and the Birth of the Presidential Primary (W.W. Norton, $27.95)  tells the exhilarating story of the four-month campaign that changed American politics forever. In 1912 Theodore Roosevelt came out of retirement to challenge his close friend and handpicked successor, William Howard Taft, for the Republican Party nomination. To overcome the power of the incumbent, TR seized on the idea of presidential primaries, telling bosses everywhere to “Let the People Rule.” The cheers and jeers of rowdy supporters and detractors echo from Geoffrey Cowan’s pages as he explores TR’s fight-to-the-finish battle to win popular support. Using a trove of newly discovered documents, Cowan takes readers inside the colorful, dramatic, and often mean-spirited campaign, describing the political machinations and intrigue and painting indelible portraits of its larger-than-life characters. But Cowan also exposes the more unsavory parts of TR’s campaign: seamy backroom deals, bribes made in TR’s name during the Republican Convention, and then the shocking political calculation that led TR to ban any black delegates from the Deep South from his new “Bull Moose Party.”

They are the band that created metal music . . . and they have defined it for more than four decades. Black Sabbath’s career spans 11 different line-ups and 19 studio albums in addition to the 28 solo albums of the original four members. In The Complete History of Black Sabbath: What Evil Lurks (Race Point Publishing, $35), Joel McIver explores the complete history of Sabbath, from the precursor bands to the release of the holy trinity of heavy metal . . .  “Black Sabbath” (the song) on Black Sabbath (the album) by Black Sabbath (the band) to the present.

With more than 150 photos, a gatefold family tree tracing the development of the band, a complete discography, and a foreword by Machine Head frontman Robb Flynn, this is where evil (and entertainment) lurks. 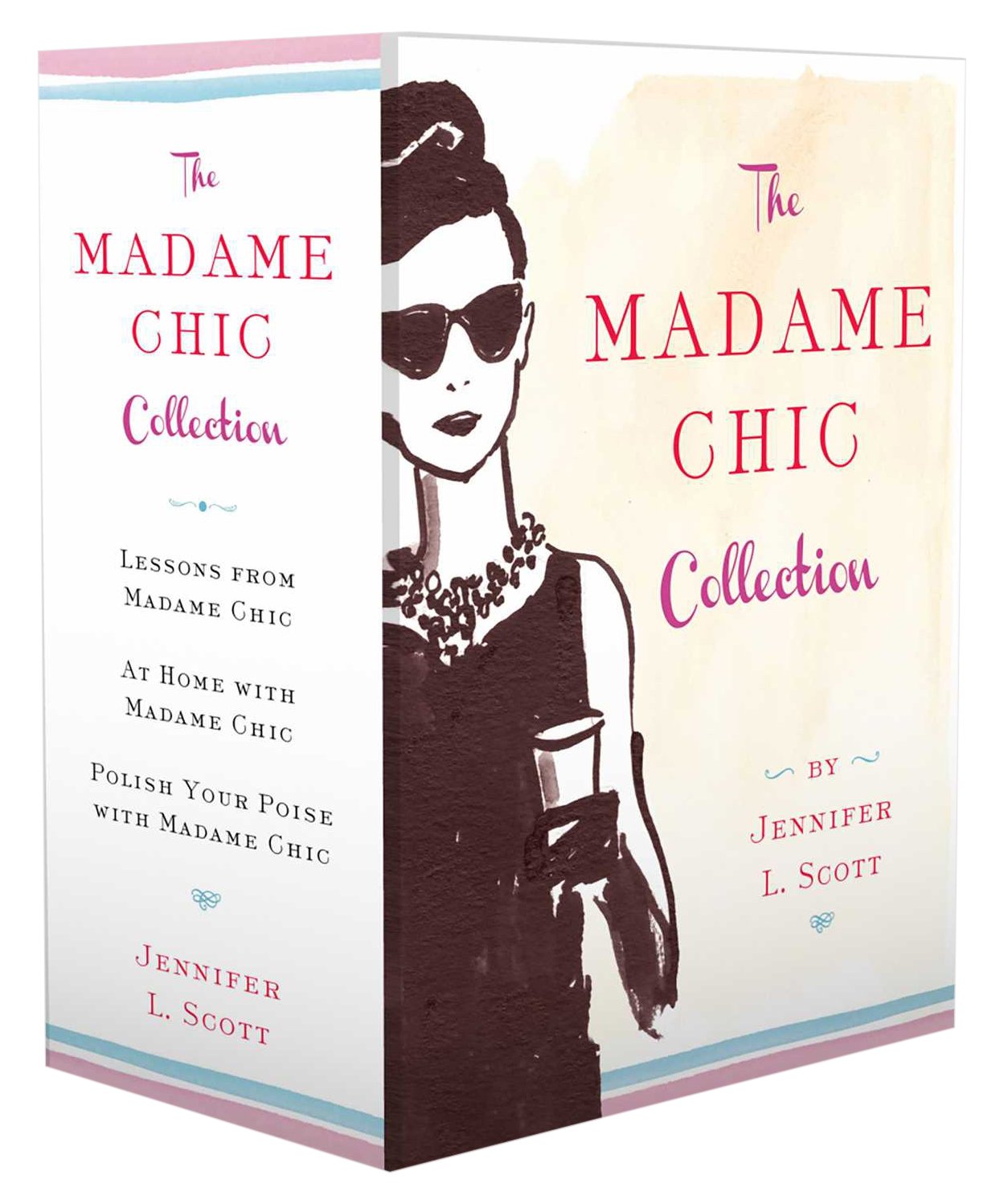 Jennifer explains how to cultivate old-fashioned sophistication while living an active, modern life, teaching us to take pleasure in everyday routines, to dress presentably, perform household tasks with cheer, and how to conduct oneself both in public and in private.