Sealab
In the spring of 1964, explorers were preparing for a new mission, diving into the sea as one of the Navy’s newly-minted “aquanauts.” Aquanauts were divers who attempted to chart the ocean’s depths and faced barriers that had thwarted humans for centuries: near total blackness, bone-jarring cold, and intense pressure that could disorient the mind and crush the body. Aboard Sealab, explorers would attempt to break through those barriers—going deeper and staying underwater longer than anyone had done before.

An audacious feat of engineering—a pressurized underwater habitat, complete with science labs and living quarters—Sealab aimed to prove that humans were capable of spending days or even months living and working on the ocean floor. Sealab would pioneer what is known as “saturation diving,” which would allow divers to remain undersea—and emerge unscathed—for more extended periods of time.

After a tragic accident the Sealab program was subsequently suspended and completely shut down in 1970, however the lessons learned were used in numerous covert Naval operations for years to come.

Reconstruction: America After the Civil War
Professor Henry Louis Gates, Jr. presents the definitive history of one of the least understood chapters in American history—the transformative years following the American Civil War, when the nation struggled to rebuild itself in the face of profound loss, massive destruction and revolutionary social change. The film takes a broad view of the Reconstruction era and its aftermath.

The first half of the documentary centers on the pivotal and hopeful decade following the Civil War rebellion, charting black progress and highlighting the accomplishments of the many political leaders who emerged to usher their communities into this new era of freedom. The series’ second half looks beyond that hopeful decade, when the arc of history bent backwards.

Tracing the unraveling of Reconstruction and the rise of Jim Crow segregation in the closing years of the 19th century, the film looks at the myriad ways in which black people continued to acquire land, build institutions and strengthen communities amidst increasing racial violence and repression.

The film also explores the flowering of African American art, music, literature and culture as tools of resistance in the struggle against Jim Crow racism, and the surge of political activism that marked the launch of iconic civil rights organizations.

Charm City
An official selection at the Tribeca Film Festival, the Maryland Film Festival, the Nashville Film Festival and at AFI Docs, this feature documentary was filmed over a violent three-year period when Baltimore’s nickname, Charm City, never seemed less apt. The film profiles a group of police, citizens, community leaders and government officials who, with grit, fury and compassion, are grappling with the consequences of violence and trying to reclaim their city’s future.

On the streets of Baltimore, shooting is rampant, the murder rate is approaching an all-time high and distrust of the police is at a fever pitch. With nerves frayed and neighborhoods in distress, dedicated community leaders, compassionate law enforcement officers and a progressive young city councilman try to stem the epidemic of violence. Filmed during the lead up to, and aftermath of Freddie Gray’s death in police custody, Charm City is a powerful cinema vérité portrait of those surviving in, and fighting for, the vibrant city they call home.

Dictator’s Playbook examines the historical, sociological and psychological foundations of 20th century dictatorships, and provides fresh insight into six brutal men who impacted world history, how they functioned, how they influenced each other and why they succeeded or failed.

Margaret: The Rebel Princess focuses on Princess Margaret, Queen Elizabeth’s beautiful and rebellious younger sister. This program features rare footage and interviews with those who knew her best and offers unparalleled insight into Margaret’s turbulent life and times. Her unique position as the Queen’s younger sister in a changing Britain left her free to experiment and push boundaries, yet she was forever judged by the public and press beginning to question the very idea of a monarchy.

While Margaret often followed the rigid rules under which she was raised, she also stepped outside those rules and into scandal.

Directed by Peabody-and Emmy Award-winning filmmaker Stanley Nelson, Boss: The Black Experiences in Business shines a light on the story of resilience and resistance within the black American experience in the face of racial hostility and violence, economic exclusion, segregation and discrimination. The new two-hour documentary traces the lives of African American entrepreneurs over 150 years, from those bound by bondage to moguls at the top of million-dollar empires.

Stories featured in the film include those of entrepreneur Madam C.J. Walker, publisher John H. Johnson, Motown CEO Berry Gordy and business pioneer and philanthropist Reginald F. Lewis, among many others.

This program brings viewers on a journey from the end of Reconstruction through the present, tracing the emergence of a stable black business community alongside the greater struggle for civil rights. 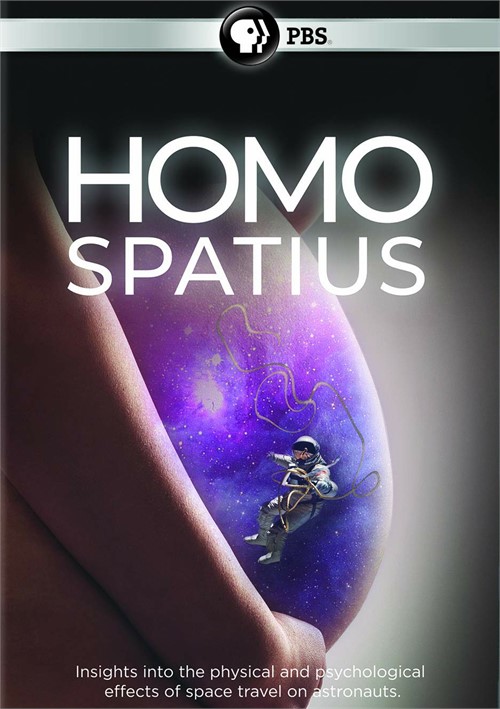 For over 50 years now, we have been testing our human nature in our effort to conquer outer space, and still 30 years away from a possible human exploration of Mars, a question remains: Can our body take such travels? Will it ever adapt?

Accelerated aging, muscular atrophy, slowed-down brain functions, euphoric hallucinatory spells; as soon as we leave our usual environment towards extra-terrestrial horizons, we face conditions which our bodies are unfit for. However, the pull of exploration is stronger and space medicine is at work to prepare astronauts for travelling to new worlds , in a near or more distant future.

Combining human adventure and the exploration of the human body, this film offers unique insights into the physical and psychological effects of space travel on the astronauts and measures the impact on medical sciences.