Some stars are beautiful, some are talented, some have incredible real hair (think Crystal, Cher). Even Cher’s wigs are pretty hair-raising.

Which brings me to the first time I met Cher. She and Sonny were performing at the Westchester Premier Theatre in the ’70s. (Theater long closed, think Mafia.) I handed Cher a bouquet of roses stolen from a nearby cemetery; they were fresh, no dead person’s name was attached and hey, I saved money.  She took them from me, ran her finger through my fair and said, “You have great hair!” (Yep, something I am still known for.)

And now, it’s Time-Life that presents a hair-raising experience: The Best of Cher, a five-disc DVD collection that has got you, babe.

From the sequined ’60s to the rocking ’90s and beyond, no one has kept delighting us, surprising us and entertaining us like Cher. 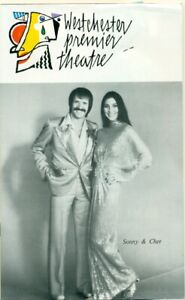 The inimitable multi-hyphenate superstar continues to shine brightly and this spectacular set, packed with unforgettable music, classic comedy and fabulous outfits, includes:
Two days before my birthday, the pros at Time Life issues a most welcome  birthday present. I promised to cher the news.

For the first time ever, all the spectacular highlights of Cher’s remarkable career are together in one electrifying collection: The Best of Cher.

Cher initially rose to stardom as part of a singing act with then husband Sonny Bono in the ’60s, hitting No. 1 with the single “I Got You Babe” before they starred together on The Sonny and Cher Comedy Hour. Following a parting of ways, the incredibly talented artist spread her wings, established a chart-topping solo career of her own, starred in her own variety show, and sold out music venues across the globe. The inimitable multi-hyphenate continues to shine brightly and  this collection brings together the stunning scope of her sensational life in the spotlight like never before across two loaded volumes and 9 DVDs, as well as a collectible look book featuring Bob Mackie’s original wardrobe sketches.
In a new interview included in the set, Cher said, “I love looking back at these shows. They’re so much fun to watch and they were so much fun to make. While I’m not done yet, it’s great that Time Life has put this set together.” 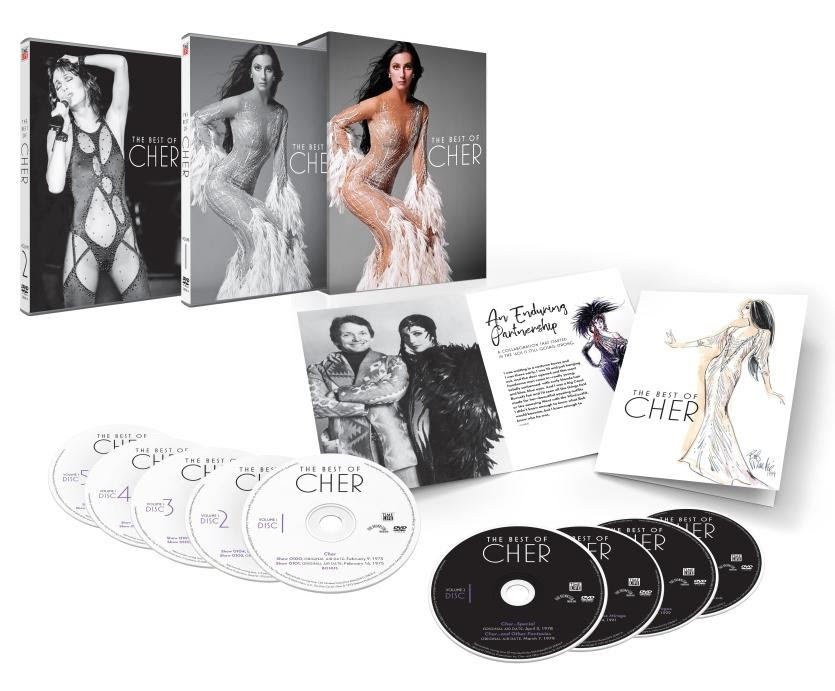 THE BEST OF CHER VOLUME 1: 5 DVDS
When America’s favorite musical couple parted ways in 1974, effectively ending The Sonny & Cher Comedy Hour, CBS quickly decided to give Cher her own variety show. Simply titled Cher, the new series starring the soon-to-be superstar aired its first episode in February 1975. In the opening, Cher told the audience: “My future is in your hands. I am really happy to be back. No, I am thrilled to be back.” Now 10 episodes of Cher’s very own show are available for the first time in over 40 years! Home audiences will thrill to have front row seats to see Cher flying solo with a nonstop cavalcade of the hottest stars including Charo, Ray Charles, Elton John, The Muppets, Linda Ronstadt, Raquel Welch and more! Also included:
THE BEST OF CHER VOLUME 2: 4 DVDS
Cher is one of a kind and her legendary TV specials hit our screens as family-friendly, psychedelic, counterculture kaleidoscopes. Whether playing all the parts in West Side Story, a roller-skating goddess, the snake in the Garden of Eden, a synchronized secretary, or simply Laverne—no one puts on a show like Cher. Her Vegas shows (and outfits!) were even more spectacular, and they’re all on incredible display in VOLUME 2, which features:
As a young girl, Cher’s mom promised her that she was special and that one day she would believe it. Audiences around the world have been believing since she burst onto the scene in the ’60s, and we haven’t stopped—The Best of Cher captures Cher’s incredible, undeniable talents to enjoy again and again.