Have you ever been mellow?
We often are, especially when we hear the scrumptious, soothing vocals of Olivia Newton-John. (Yes, even “Xanadu” soothes us in a certain way.)
That’s good news.
Really good news.
More really good news: With candor, humor and warmth, Olivia writes about her life and career and cancer in the must-have Don’t Stop Believin’ (Gallery Books, $28). Available for the first time in the United States, this edition includes a new afterword by Olivia.
She speaks about her childhood, her father’s role in breaking German Enigma codes during World War II,  her feeling about about stardom,her beloved daughter Chloe, meeting the love of her life, and her passion and unwavering advocacy for health and wellness.
“I hope this story of my life from my early years up to today will bring some inspiration and positivity to the reader,” Olivia says. “We all share so many experiences in our own unique way.”
We share, we savor, we pray. 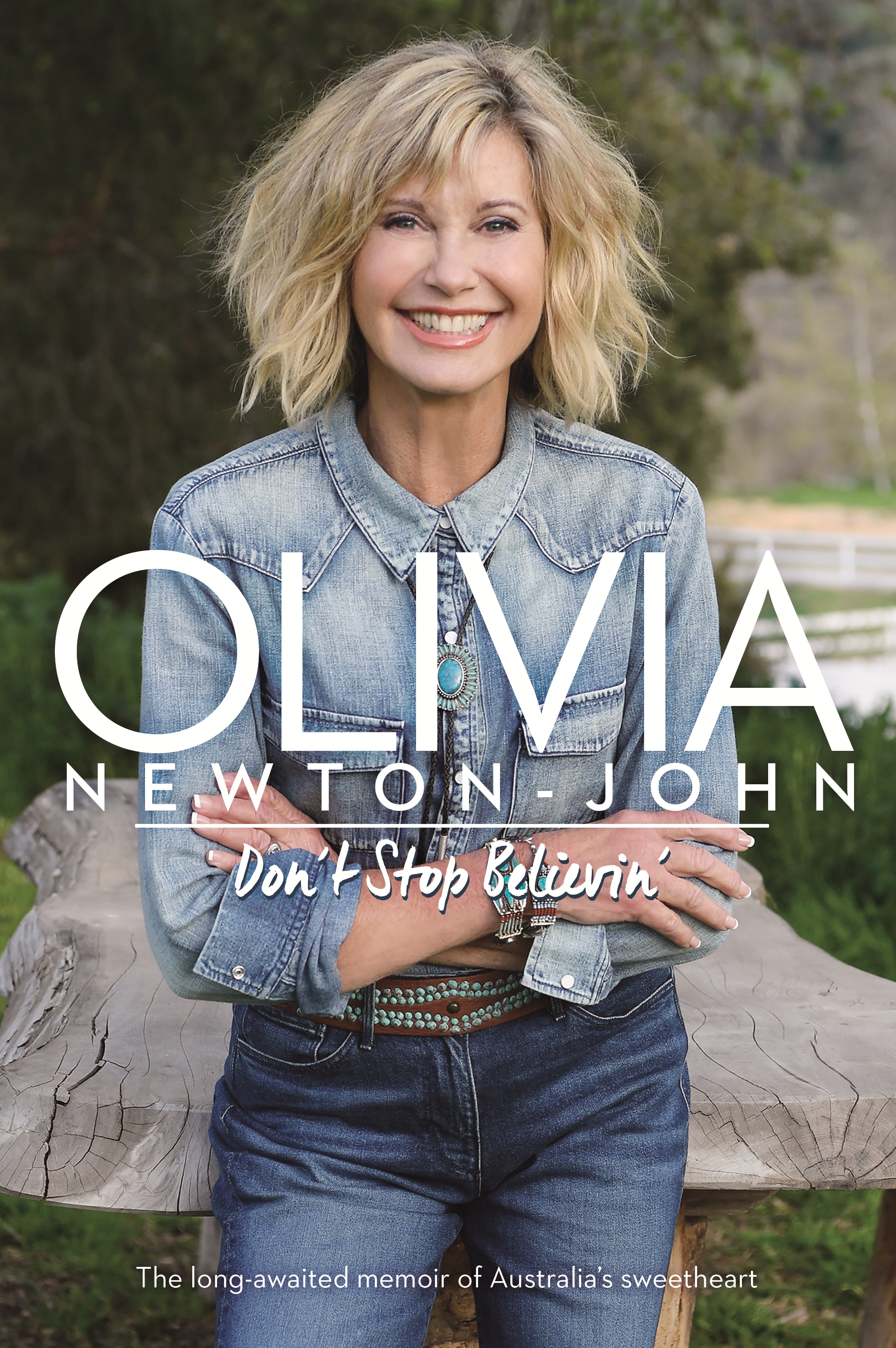 For more than five decades, Olivia Newton-John has been one of our most successful and adored entertainers. A four-time Grammy Award winner, she is one of the world’s bestselling recording artists of all time, with more than 100 million albums sold; numerous Country Music, American Music, Billboard and People’s Choice Awards; an Emmy Award; 10 No. 1 hits and more than 15 Top 10 singles among her successes. Her unforgettable role in Grease catapulted her into super-stardom. In addition to her music and screen successes, Olivia is perhaps best known for her strength, courage and grace.

After her own personal journeys with cancer, she has thrived and become an inspiration for millions around the world. A tireless advocate for countless charities, her true passion is as the founding champion of the Olivia Newton-John Cancer Wellness & Research Center in her hometown of Melbourne, Australia.  Olivia was diagnosed with breast cancer in 1992; the diagnosis “came the same weekend my father died of cancer, so you can imagine the shock”, she remembers. Learn more @ onjcancercentre.org.
Olivia has always radiated joy, hope and compassionate.
She continues to be a force for love, for goodness, for strength, throughout the world.
“I also  believe that when you go through something difficult, even something as dramatic as cancer, that something positive will come of it,” she says.
Don’t stop believin’.

Grease is the word. Still, 40 years after bubbly musical was released. It’s got a groove, it’s got a meaning and it’s still a cultural phenomenon 40 years after its original release.  The iconic celebration of high school life in the ’50s, Grease is the way you’ll be feeling with a new 40th Anniversary Edition on 4K Ultra HD, Blu-ray, DVD and Digital April 24 from Paramount Home Media Distribution.

Featuring an explosion of song and dance, as well as star-making performances from John Travolta and Olivia Newton-John, Grease made an indelible impact on popular culture.  40 years later, the film remains an enduring favorite as legions of new fans discover the memorable moments, sensational soundtrack and classic love story.  Boasting unforgettable songs including “Greased Lightnin,” “Look At Me, I’m Sandra Dee,” “Summer Nights,” “Hopelessly Devoted To You,” “Beauty School Drop Out” and, of course, “Grease,” the film is a timeless feel-good celebration.

Paramount worked with director Randal Kleiser to restore the film to its original vibrancy with the highest quality sound, picture resolution and color.  The original negative was scanned and received extensive clean up and color correction using previously unavailable digital restoration tools such as high dynamic range technology.  In addition, the audio was enhanced from a six-track mix created for an original 70mm release, giving the music more clarity.  The resulting picture and sound create an exceptional home viewing experience. 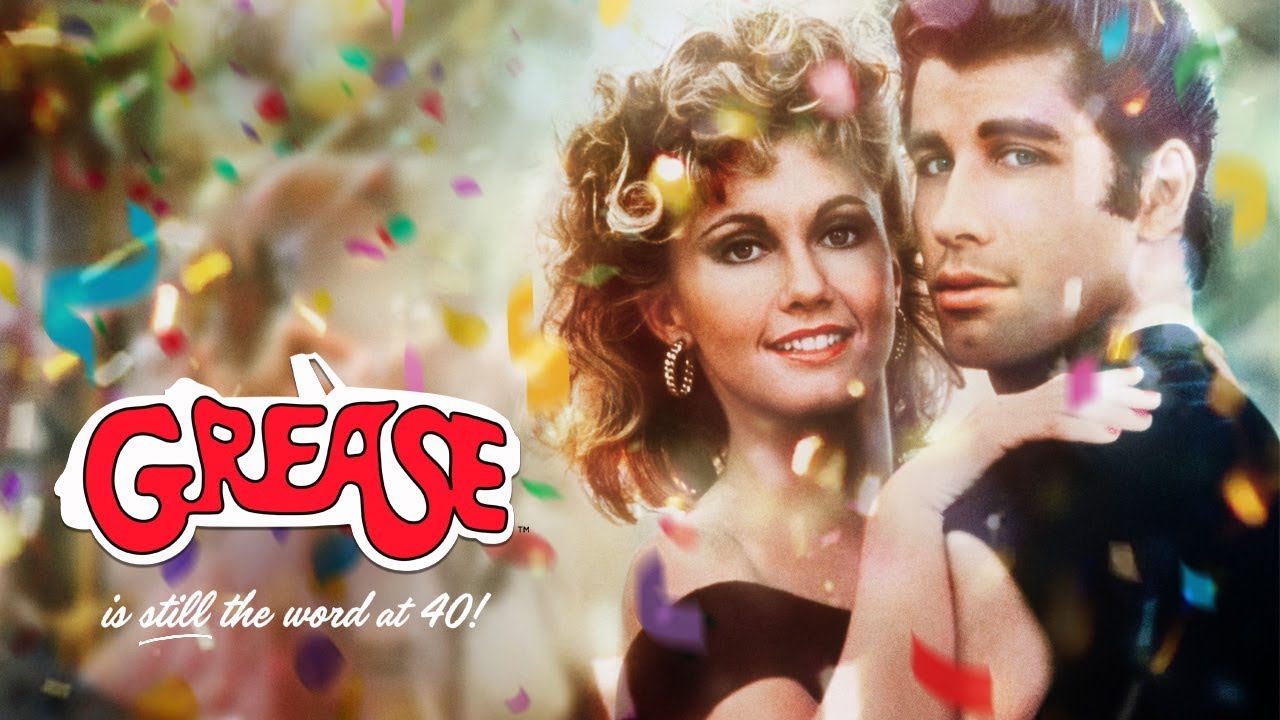 The Grease 40th Anniversary Edition 4K Ultra HD and Blu-ray Combo Packs include the fully restored version of the film plus an all-new, in-depth exploration of the little-known origins of what would become a Broadway play and then a feature film and worldwide phenomenon.  “Grease: A Chicago Story” features new interviews with writer Jim Jacobs and original cast members of the Chicago show.  In addition, the discs include the original song the title sequence was animated to and an alternate ending salvaged from the original black & white 16mm work print discovered by director Randal Kleiser.

Both the 4K Ultra HD and Blu-ray Combo Packs also feature more than an hour of previously released bonus material, including a sing-along, vintage interviews with the cast, deleted scenes and more.  Plus, the Blu-ray Combo comes in collectible packaging with 16 pages of images laid out like a high school yearbook.  In addition, a Grease Collection will be available in a Steelbook Locker, which includes the 40th Anniversary Blu-ray of Grease, as well as Grease 2 and Grease: Live! on Blu-ray for the first time.