Cohen Film Collection’s latest release is Rene Clair’s sparking, yet underrated, 1944 gem It Happened Tomorrow. What would happen if someone could get tomorrow’s newspaper headlines today? This charming period comedy tells the story of a reporter (played by Dick Powell) who wishes he could scoop his colleagues by knowing about events before they occur.
Only in Hollywood . . . 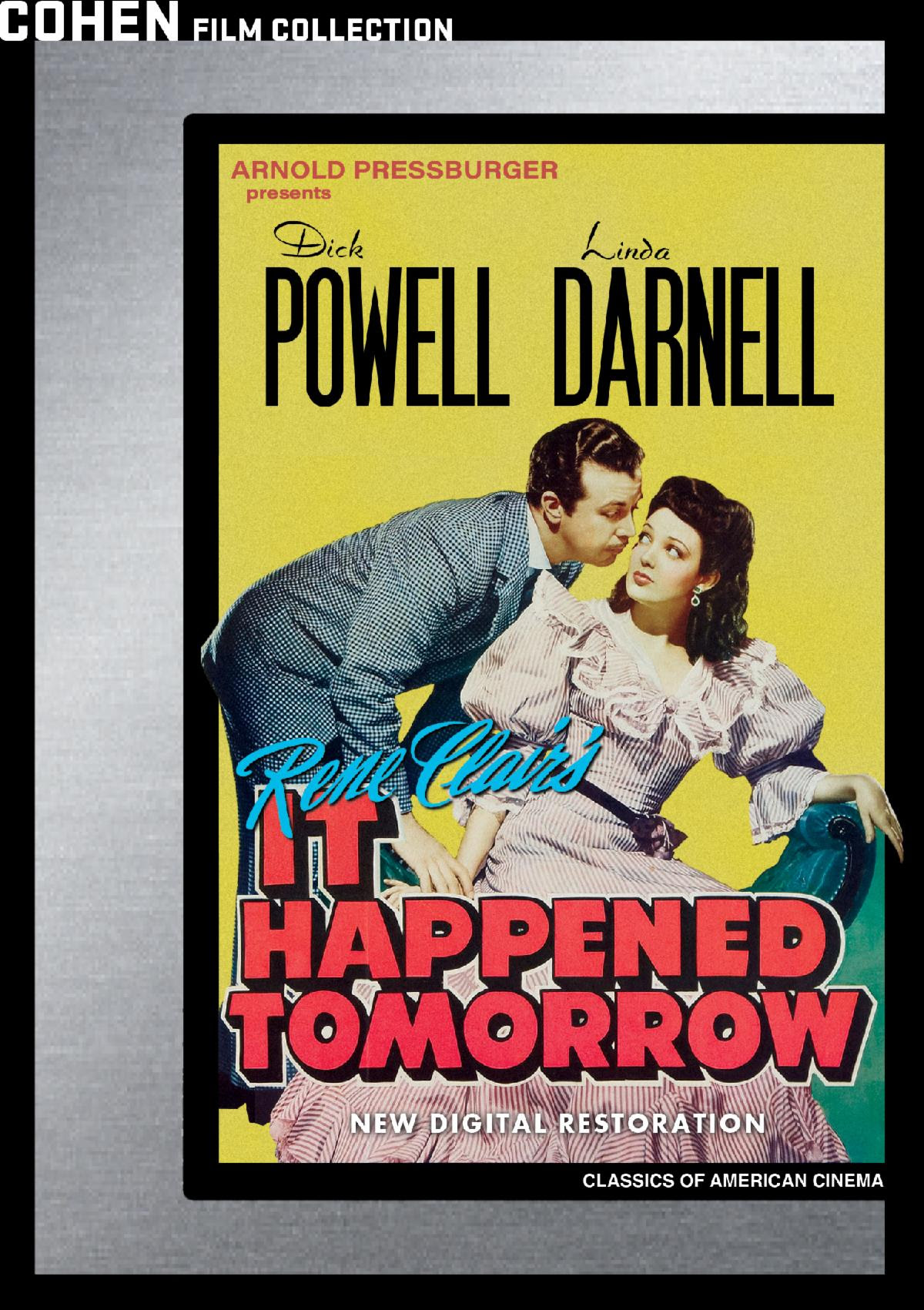 When a mysterious old man gives him the news a day in advance, his life is turned upside down. Racing to prevent a headline predicting his own death, he gets mixed up with a beautiful fortune teller (Linda Darnell) and her overprotective uncle (Jack Oakie).
It Happened Tomorrow was acclaimed French director René Clair’s follow up to his equally enchanting I Married a Witch, both made during his exile in Hollywood during World War II. Clair’s famous whimsical style is evident in this cautionary tale; be careful—what you wish for might come true.
This black and white film was restored from a 4K scan.