We saw Bent when it made its Broadway debut in 1979. Richard Gere and David Dukes were brilliant, as was the harrowing drama.  Forty years later, Bent returns. As a film. Thank you Film Movement Classics. 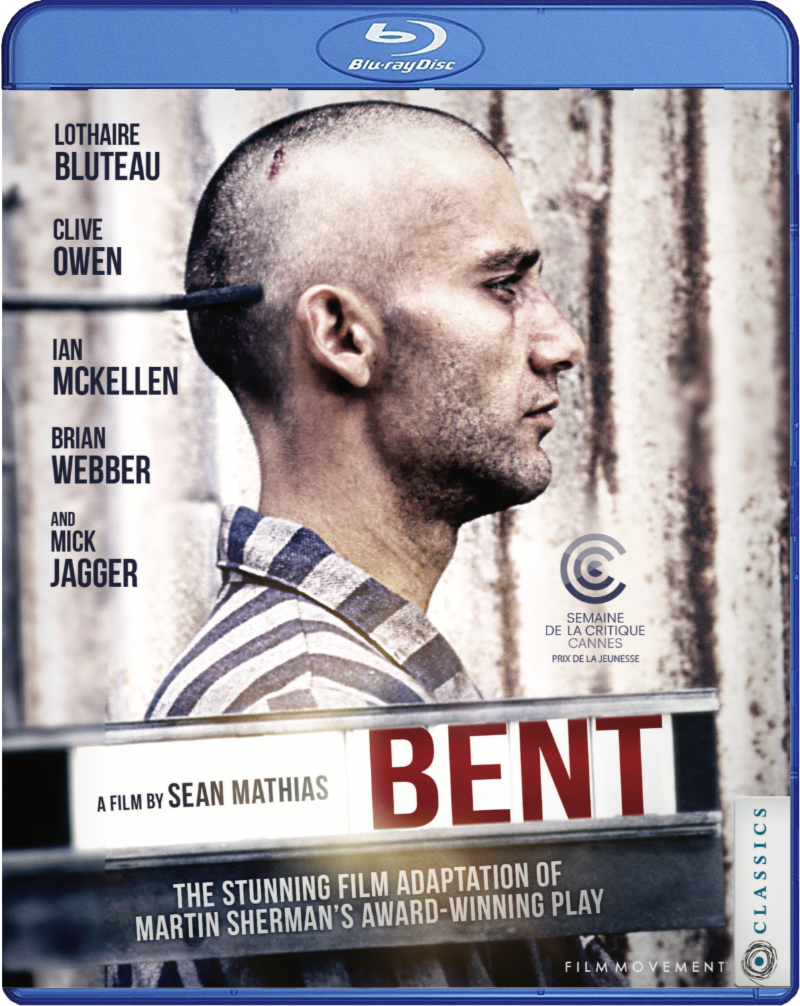 Set amidst the decadence and terror of pre-war Germany, Bent is a harrowing yet inspirational tale of struggle against oppression, based on the landmark play by Martin Sherman. A chance encounter at a Berlin nightclub exposes Max (portrayed by Clive Owen) and his partner Rudy (Brian Webber) as homosexuals during the “Night of the Long Knives” purge. After two years on the run, they are captured and put on a train to Dachau, where Rudy is savagely beaten to death. Inside the camp, Max finds the will to survive through the help of a fellow prisoner, Horst (Lothaire Bluteau), and the two men develop an unbreakable bond.
Winner of the Prix de la jeunesse (Award of the Youth) at Cannes Critics’ Week in 1997, Bent, which has been digitally restored for optimal home entertainment viewing, was also nominated “Outstanding Film” at the GLAAD Media Awards, and captured the Best Feature Award at the Torino International Gay & Lesbian Film Festival.
What a cast! There are also memorable performances by Clive Owen, Ian McKellen, Mick Jagger, Brian Webber, Nikolaj Coster-Waldau and Paul Bettany.
A truly remarkable film not to be missed.

Harper Design never does anything unexpectedly, but the publisher has bent itself in a most lavish way. They have just released The Beauty and the Beast ($29.99), the third book in a series of illustrated classics, that gets reimagined in a most deluxe gift edition. What a glorious journey . . . the tome features stunning new artwork and nine interactive features from the award-winning design studio behind the graphics for the Harry Potter film franchise, MinaLima. Timed to coincide with Walt Disney Pictures’ film adaptation of Beauty and the Beast, this book engages those interested in seeing the musical starring Emma Watson, Ewan McGregor, Kevin Kline and Ian McKellen.

This collectible edition is filled with stunning illustrations of stories that continue to be cherished by readers of all ages. Forget the flowers, chuck the chocolates. The Beauty and the Beast  is a scrumptious wonder.