PBS Distribution tops the list (yet again) for its must-see, must-have programs, specials, miniseries and documentaries. These are just a small sleighfull, dozens of others can be found at shoppbs.org.

The best of the best: Ken Burns: Country Music. 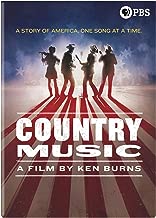 This eight-part, 16-hour documentary series chronicles the history of a uniquely American art form, focusing on the biographies of the fascinating characters who created it. More than eight years in the making, the film follows the evolution of country music from its diverse and humble origins as it emerged, by the end of the twentieth century, into a worldwide phenomenon. Filled with memorable musical moments, interviews with more than 80 country music artists, and evocative footage and photographs, Country Music weaves an unforgettable story that is both intimate and sweeping.

Other top choices:
The bitter, partisan battle that played out during monster and deviant  Brett Kavanaugh’s Supreme Court confirmation hearings reflected deep divisions in Washington that may seem unique to America’s current political and social moment. But as the FRONTLINE investigation Supreme Revenge reveals, the intense politicization on display during the Supreme Court confirmation process, and the transformation of the Court itself, has been a shift decades in the making. 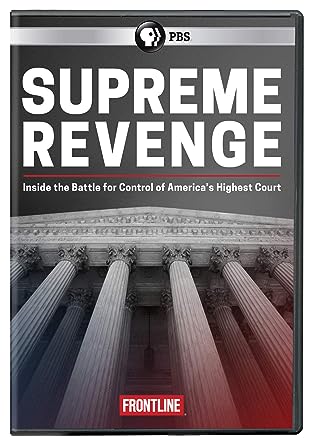 Offering both critical context on the state of America’s judicial system and a gripping political narrative, Supreme Revenge is a must-watch look at the battle for control of America’s highest court.

Trace the improbable journey of Robert Shaw’s life and career, from his childhood as a preacher’s son in rural California through his meteoric rise as a star of popular music during the Great Depression, with Robert Shaw: Man of Many Voices.
An early champion of civil rights, his chorales were among the first to break the color barrier in the American South. Shaw performed the music of Bach in the Soviet Union during the Cuban Missile Crisis, and, with the Atlanta Symphony Orchestra and Chorus, brought audiences to tears in East Berlin in the darkest days of the Cold War. 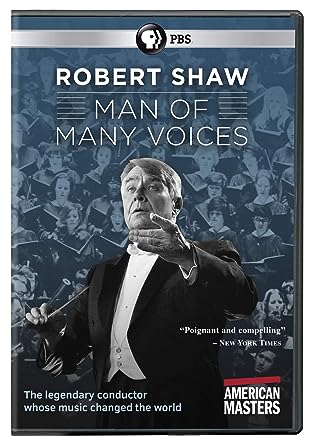 Shaw believed great music could have a profound influence, whether in individual lives or in bringing communities together. His eventful journey is brought to life in the film by interviews with legendary musicians including Yo-Yo Ma, Sylvia McNair, Alice Parker, Marietta Simpson, and Florence Kopleff, among others.

It’s 1969, and things have taken a darker turn for the old Cowley team. With Endeavour, Thursday and the gang now scattered across Oxfordshire, it takes a series of brutal crimes–including the death of a young schoolgirl, a fatal act of sabotage,

a deadly campaign of gossip and rumor in a picturesque village and a murder at the Bodleian Library–to reunite them. Welcome to the riveting Masterpiece Mystery!: Endeavour, Season 6.

In iconic settings such as the First Ancient Theatre of Larissa, the historic Church of Pammegiston Taxiarchon at Pelion and the newly opened Stavros Niarchos Foundation Cultural Center in Athens, the Chamber Music Society of Lincoln Center performs works by Bach, Beethoven, Mendelssohn, Debussy, Ravel and the contemporary Greek-American composer George Tsontakis. 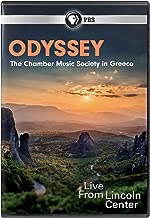 Odyssey: The Great Music Society in Greece also offers a sumptuous taste of Greece itself, exploring the history, mythology and ideas that have inspired classical music for centuries.

We all know the riddle: What came first, the chicken or the egg? The Egg: Life’s Perfect Invention takes a fascinating look at what is perhaps nature’s most perfect life support system. These remarkable structures nurture new life; protecting it from the outside world at the same time as allowing it to breathe. 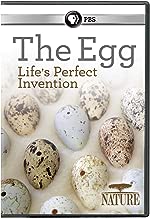 They are strong enough to withstand the full weight of an incubating parent and weak enough for a hatchling to break free. But how is an egg made? Why are they the shape they are? And perhaps most importantly, why lay an egg at all? Step by step as the egg hatches, host David Attenborough reveals the wonder behind these incredible miracles of nature.

Words from a Bear takes audiences on a journey through the expansive landscapes of the West, when N. Scott Momaday’s Kiowa ancestry roamed the Great Plains with herds of buffalo, to the sand-painted valleys of Jemez Pueblo, New Mexico where he showed superior writing skills as a young mission student. 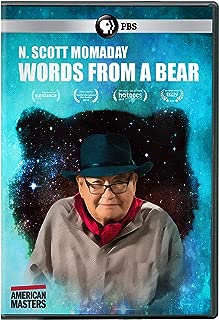 The biography gives a thorough survey of Momaday’s most prolific years as a doctorate fellow at Stanford University, his achievement of the Pulitzer Prize for Literature in 1969, and his later works that solidified his place as the founding member of the “Native American Renaissance” in art and literature, influencing a generation of Native American artists, scholars, and political activists.
Historical photos and original animation will complement captivating interviews with Robert Redford, Jeff Bridges, Beau Bridges, James Earle Jones, and Joy Harjo to bring audiences inside the creative core of this American Master.

Enjoy all five seasons of the outstanding historical family saga Poldark, here in Poldark: The Complete Collection. Set against the spectacular landscapes of the Cornish coast, Poldark is full of unforgettable characters, captivating storytelling and fiery romance.

In the more than 150 minutes of bonuses, go behind the scenes with cast and crew in special featurettes from all five seasons; meet the skilled people who design the vivid scenery and create the lavish costumes and hear from the actors who bring to life the compelling heroes, heroines and villains of Cornwall.

Louise Brooks, the ’20s silver screen sensation who never met a rule she didn’t break, epitomized the restless, reckless spirit of the Jazz Age. But, just a few years earlier, she was a 15-year-old student in Wichita, Kansas, for whom fame and fortune were only dreams. When the opportunity arises for her to go to New York to study with a leading dance troupe, her mother insists there be The Chaperone. Norma Carlisle, a local society matron who never broke a rule in her life, impulsively volunteers to accompany Louise to New York for the summer. 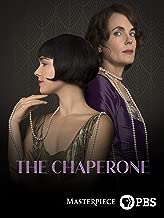 Why does this utterly conventional woman do this? What happens to her when she lands in Manhattan with an unusually rebellious teenager as her ward? And, which of the two women is stronger, the uptight wife-and-mother or the irrepressible free spirit? It’s a story full of surprises . . . about who these women really are, and who they eventually become.