She obviously has done something right.
Jane Fonda is 81 years old and looks 55. Plastic surgery? Probably, but her doctor is really really good . . . not like the work done on Lily and Dolly, whose doctors worked way beyond 9 to 5.
Yet much of Fonda’s great looks and shape are the result of decades of working out, feeling the burn, sweating to the oldies. She was the first Big Name to make exercise tapes (remember those?), and now, Lightyear Entertainment, in partnership with Fonda, Inc., has released those workouts on DVD, released in the U.S. and Canada through MVD Distribution. 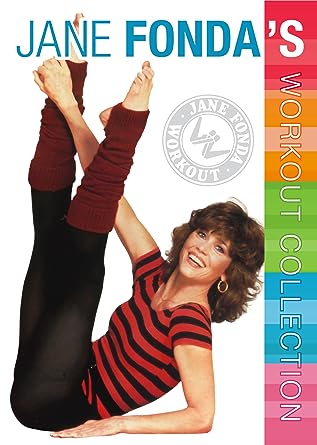 “Who knew that this many years later people would still be doing The Workout, but they are!,” coos Fonda.”
Arnie Holland, President of Lightyear, adds, “The five DVDs we released in 2015 and the Boxed Set have been selling extraordinarily well and steadily for the past three years. We are delighted that Jane Fonda and Warner Bros. have agreed to allow us to release more of these programs, which changed the face of the home video business when originally released. They set unheard of sales records, dominated the sell-through charts for more than a decade, and changed American culture.”

Jane Fonda evil? Never, unless you ask those Vietnam vets. The 79-year-old actress lends her voice to the ever-youthful evil sorceress Shuriki in the small-screen Disney animated adventure Elena and the Secret of Avalor.

If you’ve been addicted to Fonda’s comedy-drama web television series Gracie and Frankie (co-starring her 9 to 5 co-star Lily Tomlin), you can see how the Avalor fuss began in the flick. And you can discover the secret behind the legend of Disney’s new Crown Princess.

Frozen in time and trapped inside the Amulet of Avalor for more than 40 years, Elena has finally found the one, brave princess who can set her free: Sofia of Enchancia.  With help from magical flying Jaquins, spirit animal Zuzo and young wizard-in-training Mateo, Princess Elena must unite her people and battle Shuriki as she tries to reclaim her throne.

You will recognize many voices, especially Aimee Carrero as Princess Elena and Ariel Winter as Sofia. This DVD is packed with laughs, new characters to cherish and heart, as well as four extra episodes, a music video and an exclusive Flying Jaquin mobile. What were you expecting, a Barbarella poster?