He was everyone’s neighbor.

PBS Distribution will be releasing Mister Rogers: It’s You I Like on Digital September 3 and on DVD October 2.  Save those dates!

The documentary is a celebrity-filled special that celebrates the pioneering PBS series that premiered nationally 50 years ago and became an iconic and enduring landmark in the world of children’s television and beyond. Cast members from the groundbreaking series share their personal perspectives and insights in this new program, which pays tribute to television’s longest-running children’s series, still broadcast on many PBS stations today. The program also features interviews with numerous celebrities who have been influenced and inspired by Fred Rogers, a modest man who always said, “I am not a teacher, I simply help children learn.”

The nearly 900 episodes created by Fred Rogers encompass topics that resonate to this day with adults and children alike. Favorite segments, such as a visit with Koko the Gorilla, Big Bird’s appearance in the Neighborhood of Make-Believe as well as trips to the Crayola Factory and the Radio Flyer Wagon Company, are highlighted.

Call it an ugga mugga event. Fred Rogers  would be proud that we hark back to some nonsense song that was sung on episode 58 on his relentless series. (We were never a fan. Please.) Those who do remember Cornflake S. Pecially, Daniel Striped Tiger, Lady Aberlin, Betty Sweatermaker, Sara Saturday, Prince Tuesday, Mr. McFeely and other odd denizens on his neighborhood will relish the new DVD Mister Rogers’ Neighborhood: It’s a Beautiful Day Collection (PBS Distribution). 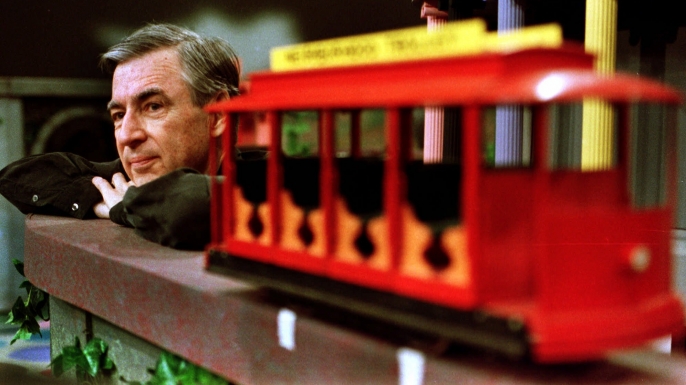 This four-disc set of 32 memorable episodes and more than 15 hours of content celebrates the 50th anniversary of the beloved Mister Rogers’ Neighborhood, the pioneering children’s television series from The Fred Rogers Company. Mister Rogers helps children learn the importance of being kind to others, appreciating what makes everyone unique, recycling and taking care of our planet, and much more in the classic series. The new release also includes a very special bonus episode, the series premiere, in original black-and-white. 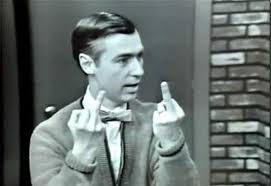 Through his popular daily TV visits, generations of young children have grown up with the kind and gentle Mister Rogers, who created a calm and safe place that welcomed all to his neighborhood. With real-life guests, adventurous field trips and charming make-believe segments, the iconic Mister Rogers’ Neighborhood encouraged kids ages 2-5 to learn about themselves and the world around them, speaking directly to the series’ young audience with his unique one-to-one affirmation of their self-worth. Celebrity guest stars have included Tony Bennett, Julia Child, Margaret Hamilton, Michael Keaton, Yo-Yo Ma, Wynton Marsalis, Rita Moreno and Bill Nye.

Sneakers and sweaters not included.