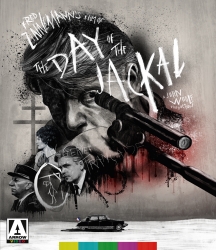 The next major big-screen fight will be found in the upcoming film Freedom Fight, starring Sam Neill, David Kross and Ella Purnell.  in which Canadian actress Andrea Bucko and leads a cast of “next-generation” actors, in a harrowing portrayal of a true Cold War escape. Directed by Hungarian actor/director Endre Hules, Freedom Fight takes place in 1956, and vividly follows the first-person account of journalist Frank Iszak and his struggle to divert a domestic Hungarian flight across the Iron Curtain to safely find refuge in West Germany. The film is based on the book Free to All to Freedom.

The movie begins shooting this fall, and is director Endre Hules’ powerful follow-up to his CINE Golden Eagle Award-winning feature The Maiden Danced to Death. He is a  director whose work has been seen on every continent and at more than 50 festivals, and Hules hand-picked Andrea Bucko’s for the role. “She has impressed me immediately with her talent as an actress,” he says. “Andrea’s sensibility and quirky sense of humor made her perfect for one of the film’s vital roles.”

Bucko brings to light the liberating journey that began on a rainy afternoon on Friday, July 13, 1956. She plays Monika, one of seven desperate young people boarded a twin engine DC-3 in the Eastern Bloc People’s Republic of Hungary, with plans to redirect it to freedom. They had no weapons, no map and no idea whether the plane carried enough fuel. They braved Russian MiG fighters in hot pursuit and a harrowing flight over the stormy Alps, without navigation. Failure would mean certain death.

It is a moment of ascension for the energetic actress. Bucko is a thoughtful artist making a name for herself in Hollywood by selecting ambitious projects that reveal with untold true stories. Freedom Flight adds to a series of films she has in the works, each drawing on historical incidents to create powerful narratives.

“Reading Frank Iszak’s inspiring true story, I felt it must be told,” she says. “Storytelling can make a difference and sometimes have a huge impact on the world. I want to make an impact with the stories I choose to be a part of.”

Other upcoming roles clearly demonstrate her sincere passion. She’s slated to portray Evelyn in Jubilee, a feature film by Mason Freeman that will star Peter Fonda and Tarynn Manning. This movie chronicles the path of the Underground Railroad and the lives of enslaved Americans seeking liberation on a long road towards justice. She will also play the role of Danielle Devert in another of her upcoming film projects, an international co-production that draws from the riveting facts of the 1973 kidnapping of Paul Getty III.

Do we dare say Bucko, known for the films Big Eyes, Gord’s Brother and Meridiem, is also eye candy?