Her real name is Joscelyn Eve Stoker, but she’s better-known as Joss Stone. She was born in Dover, Kent, England, and grew up listening to Dusty Springfield and Aretha Franklin, emulating their gritty, soulful style on her groundbreaking 2003 debut album, The Soul Sessions, Volume 1, which proved a worldwide sensation and has just been released on vinyl by UMe. 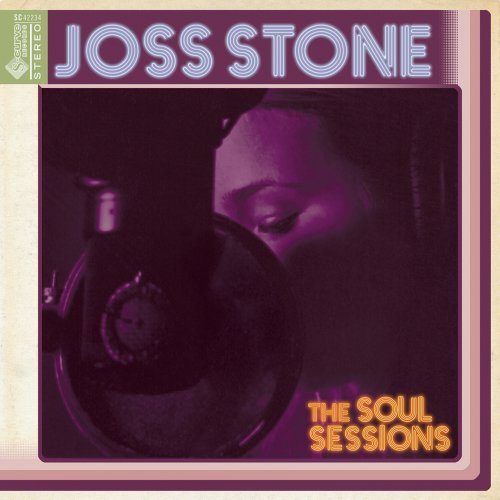 The idea behind the album was for Stone to record more obscure soul tracks by the likes of Aretha Franklin (“All the King’s Horses”), Carla Thomas (“I’ve Fallen in Love with You”), the Isley Brothers (“For the Love of You, Pts. 1 & 2”). Willy “Sugar Billy” Garner (“Super Duper Love [Are You Diggin’ On Me] Pt 1”), Laura Lee (“Dirty Man”), Bettye Swann (“Victim of a Foolish Heart”) and the Soul Brothers Six (“Some Kind of Wonderful”) as well as offbeat choices such as Waylon Jennings (Harlan Howard’s “The Chokin’ Kind”) and even Woodstock hero John Sebastian (“I Had a Dream”). The first single was Stone’s cover of the White Stripes’ “Fell in Love with a Girl,” transposed to “Fell in Love with a Boy,” and produced by the Roots’ Questlove. That single reached the Top 20 of the U.K. Singles chart, as did the follow-up her version of Sugar Billy’s “Super Duper Love.”

The Soul Sessions, Pt. 1 entered the U.K. Albums chart at No. 89, and eventually peaked at #4 in its fifth week, with the British Phonographic Society certifying it triple platinum.  It has since sold more than a million copies in the U.K.  In the U.S., The Soul Sessions peaked in the Top 40 on the Billboard 200, and within six months, was certified gold.  The album is now nearing platinum in this country. The album was also an international hit throughout Europe, where it hit the Top 5 in Austria, Germany, the Netherlands, Norway and Portugal, Top 10 in Belgium and Italy, Top 12 in Sweden and Top 15 in Switzerland as well as No. 4 on the European Top 100 albums. It was awarded a Platinum Europe Award by IFPI for sales in excess of one million across the Continent. The Soul Sessions earned platinum in both Australia and New Zealand, and as of July 2012, had sold five million worldwide.

The critics were mostly effusive, with Rolling Stone’s Jon Caramanica enthusing, “Stone shines on this impressive covers set… she chooses songs wisely.  AllMusic’s Thom Jurek said Stone “has unique phrasing and a huge voice that accents, dips and slips never overworking a song or trying to bring attention to itself via hollow acrobatics.” The A.V. Club’s Keith Phipps said, “Sessions established Stone as a formidable interpreter.” The album was shortlisted for the Mercury Prize and was nominated for a MOBO Award for Best Album.  Stone released the sequel to the album, The Soul Sessions, Volume 2 in 2012.