And this November, Shout! brings The Sound of Music Live, the ambitious, live-broadcast production from BAFTA-nominated director Coky Giedroyc, to DVD and Blu-ray.   Save the date: The discs will arrive on November 6, just in time for the holidays.

The musical, celebrating its 60th anniversary in 2019, has become a favorite of families the world over with such perennially classic and unforgettable songs as “The Sound of Music,” “Edelweiss,” “Sixteen Going on Seventeen,” and “My Favorite Things”. The Sound of Music Live, destined to become a new family chestnut, brings this beloved and timeless story to lavish life with a cinematically staged production featuring three soundstages and more than150 period costumes, all stunningly shot with 17 cameras. 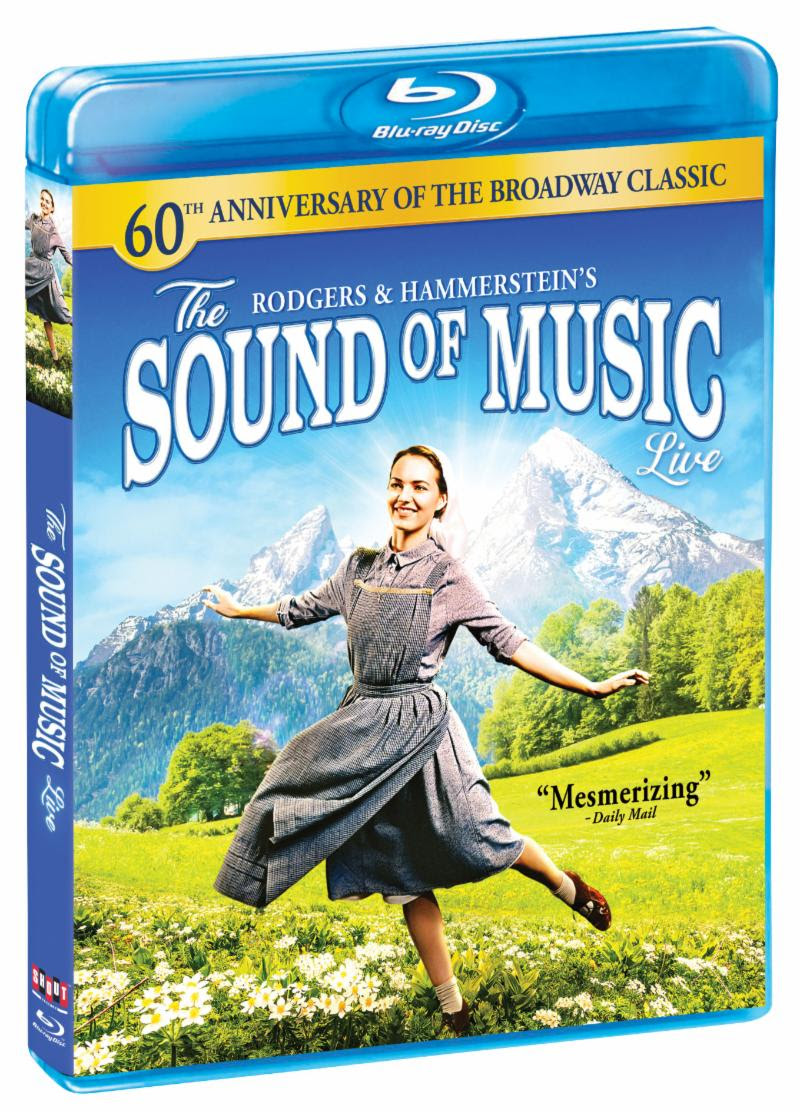 In the new production, Kara Tointon delivers a “mesmerizing performance and incredible vocal talents” as Maria, the tomboyish nun who reluctantly becomes the governess for seven children living in the shadow of their stern widower father (played by Julian Ovenden). Along with her required duties, Maria brings love, music and excitement back into the children’s lives . . . and also eventually begins to have an effect on their father. But just when things are looking up, the rise of Nazism and the looming threat of war darkens their future.
Supported by Katherine Kelly as Baroness Elsa Schraeder and Alexander Armstrong as Max Detweiler, The Sound of Music Live-— which also features “How Can Love Survive” a song not in the original movie but part of the stage show since 1959—is an enchanting experience that will remain with audiences long after the last curtain call.