We offer you one special ticket to ride: The Soul of the Midnight Special. This must-have 5-DVD (Time Life) brings home audiences and music lovers everywhere an unforgettable collection of legendary soul artists performing their hits in the prime of their careers—uncut performances, just straight-from-the-heart soul singing with live musicians in front of a live audience.
In the period between American Bandstand and MTV, there were sev­eral shows that tried to bring new music to television, but it wasn’t until The Midnight Special, premiered on August 19, 1972, that live music found a home on the air. Burt Sugarman, producer of Grammy Awards telecasts, was frustrated by television’s lack of programming after The Tonight Show ended; the screen reverting to test patterns at 1:00 a.m. Recognizing this valuable airtime could cater to a brand-new audience that craved its latest musical heroes, he created The Midnight Special, which ran every Friday night on NBC from 1972 to 1981.

The’70s was a special time for soul music and The Midnight Special truly had an affinity for the genre. Week after week, home audiences would have virtual front row seats for performances by the greatest soul performers of the time including Al Green, Earth Wind & Fire, Patti LaBelle, Bill Withers, Marvin Gaye, Aretha Franklin, Spinners, The O’Jays, Teddy Pendergrass, The Stylistics, Chaka Khan, Gladys Knight and the Pips and so many more. The Midnight Special was the only show where you could see real live performances week after week.

Now, the first time ever,  The Soul of the Midnight Special brings together the greatest soul performances handpicked from thousands in one very special collection. Included is an incredible collection of true soul classics, many of which haven’t been seen since their original broadcast: from Let’s Stay Together to Midnight Train to Georgia to love songs like the Stylistics’ Betcha by Golly, Wow to dance grooves like Sly & the Family Stone’s Dance to the Music and Ohio Players’ Fire. All-time classic performances include Back Stabbers by the O’Jays, Tired of Being Alone by Al Green, Could It Be I’m Falling in Love by Spinners, Lean on Me by Bill Withers, The Love I Lost by Harold Melvin and the Blue Notes, and I Want to Take You Higher by Sly & the Family Stone. Also included are exclusive interviews with James Brown, Gladys Knight, Patti LaBelle, Maurice White of Earth, Wind & Fire The O’Jays, Russell Thompkins Jr. of The Stylistics, Bobby Womack, Ted Mills of Blue Magic, Kenny Gamble & Leon Huff, Gerald Alston, The Manhattans and George Benson. The Soul of the Midnight Special includes (in alphabetical order):

Listen up, folks. Let’s stay together.

After filmmaker Robert Mugge produced Black Wax with Gil Scott-Heron for Britain’s Channel 4 Television in 1982, he and Channel 4’s Commissioning Editor for Music Andy Park wanted to collaborate again. Park suggested Mugge create a portrait of African American gospel star Andraé Crouch. But Mugge, a longtime fan of soul and pop singer Al Green, countered that suggestion. Mugge figured that Green’s rejection of soul music to become a Memphis-based preacher and gospel singer perhaps made him a richer potential subject. (Interestingly, Green was kicked out of the family home while in his teens, after his religiously devout father caught him listening to Jackie Wilson).

Park agreed. Mugge needed 13 months to secure Green’s approval, getting his approval only days before the planned Seventh Anniversary Celebration of Green’s Full Gospel Tabernacle. That Sunday afternoon church service featured not only Green’s usual church choir and musicians, but also a second choir from Ellington, South Carolina and most of Green’s touring musicians and backup singers. Mugge arranged to document that December 18, 1983 service with three 16mm cameras and a 24-track audio recording truck, making it the first (and reportedly still the only) Al Green church service to be committed to film, Gospel According to Al Green.

While in Memphis, Mugge and his crew went on to film an interview with legendary Hi Records producer Willie Mitchell (who had produced and co-written Green’s commercial hits of the ‘70s), a studio rehearsal featuring Green and his musicians and an extended interview with Green himself. In Green’s interview, he explored his early days in the music business, his creation of such popular hits as “Tired of Being Alone” and “I Can’t Get Next to You”, the traumatic events that led to his abandoning of his successful soul and pop career, the purchase of the Memphis church building which he transformed into a church of his own, and the ways in which his soul and gospel backgrounds had each informed the other.

Perhaps the most emotional part of Green’s interview was his discussion of the so-called “hot grits incident,” wherein spurned girlfriend Mary Woodson White assaulted him in the shower of his Memphis home with a pot of boiling hot grits, then ran to another room of his house where she shot and killed herself. (Although she was already married, White reportedly became upset when Green refused to marry her). This interview, conducted two days after his church service, was the first occasion on which he discussed this experience publicly, and he included facts that even his own band members had never heard.

In February of 1984, Mugge also filmed Green and his band in concert at the Officers Club of Bolling Air Force Base in Washington, D.C., this time utilizing four 16mm cameras and the same Nashville-based 24-track recording truck he had hired to record the Memphis church service. It should be noted that, at that point in Rev. Green’s career, he had embraced the Southern fundamentalist notion that blues, rhythm ‘n’ blues, and rock n’ roll were “music of the Devil,” and that, therefore, he should now perform only gospel music.

However, among the numbers Green performed at the D.C. concert was Curtis Mayfield’s “People Get Ready,” which exists somewhere between soul and gospel. In addition, during the staged rehearsal in Memphis, Green agreed to perform “Let’s Stay Together,” which had been one of his biggest commercial successes and now represented a recurring theme in the film. Along with fragments of a few more hits he performed during his interview, these songs helped to depict “Al Green the pop star” who had preceded “Al Green the pastor.”

Among the top Memphis musicians who appear in this film are, number one, Lawrence H. “Larry” Lee, Jr., who was best known for touring with Green and for performing at Woodstock and elsewhere with Jimi Hendrix’s Gypsy Sun and Rainbows; and number two, Mabon Lewis “Teenie” Hodges, who co-wrote Green’s hits “Take Me to the River” and “Love and Happiness” and toured and recorded widely as a guitarist with the Hi Records Rhythm Section. Lee can be seen performing in the church service and rehearsal sequences of the film, and Hodges can be heard, and briefly seen, playing incidental guitar behind Green during much of his interview. Sadly, both men are now deceased.

The resulting 96-minute film, Gospel According to Al Green, had its world premiere presentation in the summer of 1984 at Filmfest Munchen (a film festival in Munich, Germany), its television premiere over Britain’s Channel 4 later that fall, and its U.S. theatrical premiere at Coolidge Corner outside Boston a year later. After each of the two opening night screenings on October 25, 1985, Green sat on the Coolidge Corner stage and, accompanying himself on acoustic guitar, freely offered the commercial hits that he had mostly refused to perform during the making of Mugge’s film, thereby demonstrating his storied unpredictability. Naturally, audience members at both shows were enchanted by his presentation, and since these and other premiere screenings, the film has been in constant release around the world. 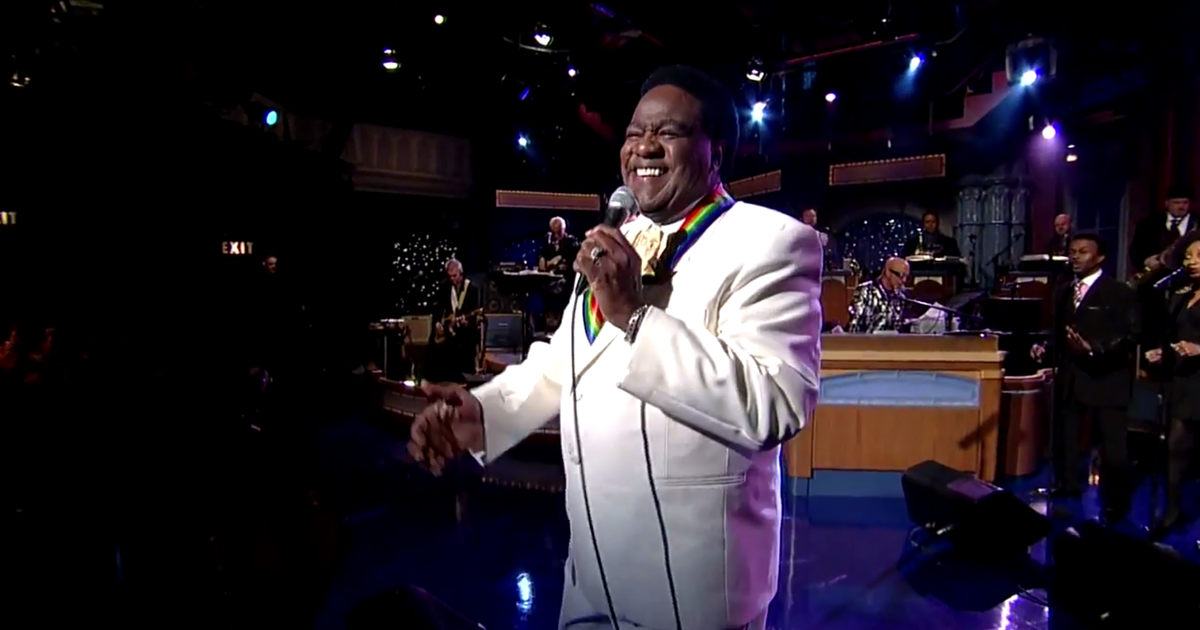 As to Rev. Green—now Bishop Green—this past December, he and his congregation celebrated the fortieth anniversary of his Full Gospel Tabernacle church. For MVD Visual’s new worldwide Blu-ray and DVD releases, director Mugge has overseen 4K remastering of the film and created a new 17-minute video titled Soul and Spirit: Robert Mugge on the Making of Gospel According to Al Green. Other bonus features include audio of Green’s entire 1983 interview, audio of the climactic final hour of Green’s seventh anniversary church service, an extended film version of a key song from the church service, and the personal telephone answering machine message Green recorded for Mugge in the mid-’80s.