We are surrounded by death. It is in our news, our nursery rhymes, our true-crime podcasts. Yet from a young age, we are told that death is something to be feared. How are we supposed to know what we’re so afraid of, when we are never given the chance to look?

Fueled by a childhood fascination with death, journalist Hayley Campbell searches for answers in the people who make a living by working with the dead. In school, her questions about death were rarely answered, and when a 12-year-old friend drowned, the casket at the funeral was kept shut. Along the way, she encounters mass fatality investigators, embalmers, and a former executioner who is responsible for ending 62 lives. She meets gravediggers who have already dug their own graves, visits a cryonics facility in Michigan, goes for late-night Chinese with a homicide detective, and questions a man whose job it is to make crime scenes disappear.

In All the Living and the Dead: From Embalmers to Executioners, an Exploration of the People Who Have Made Death Their Life’s Work (St. Martin’s Press, $29.99), Campbell takes readers on a trip behind closed doors and speaks with people who have hands-on experience with the dead, fashioning long-running careers in the service
of the departed. These are the people who look after the dead so the rest of us don’t have to, and perhaps in doing so take away something about death that society needs to understand. 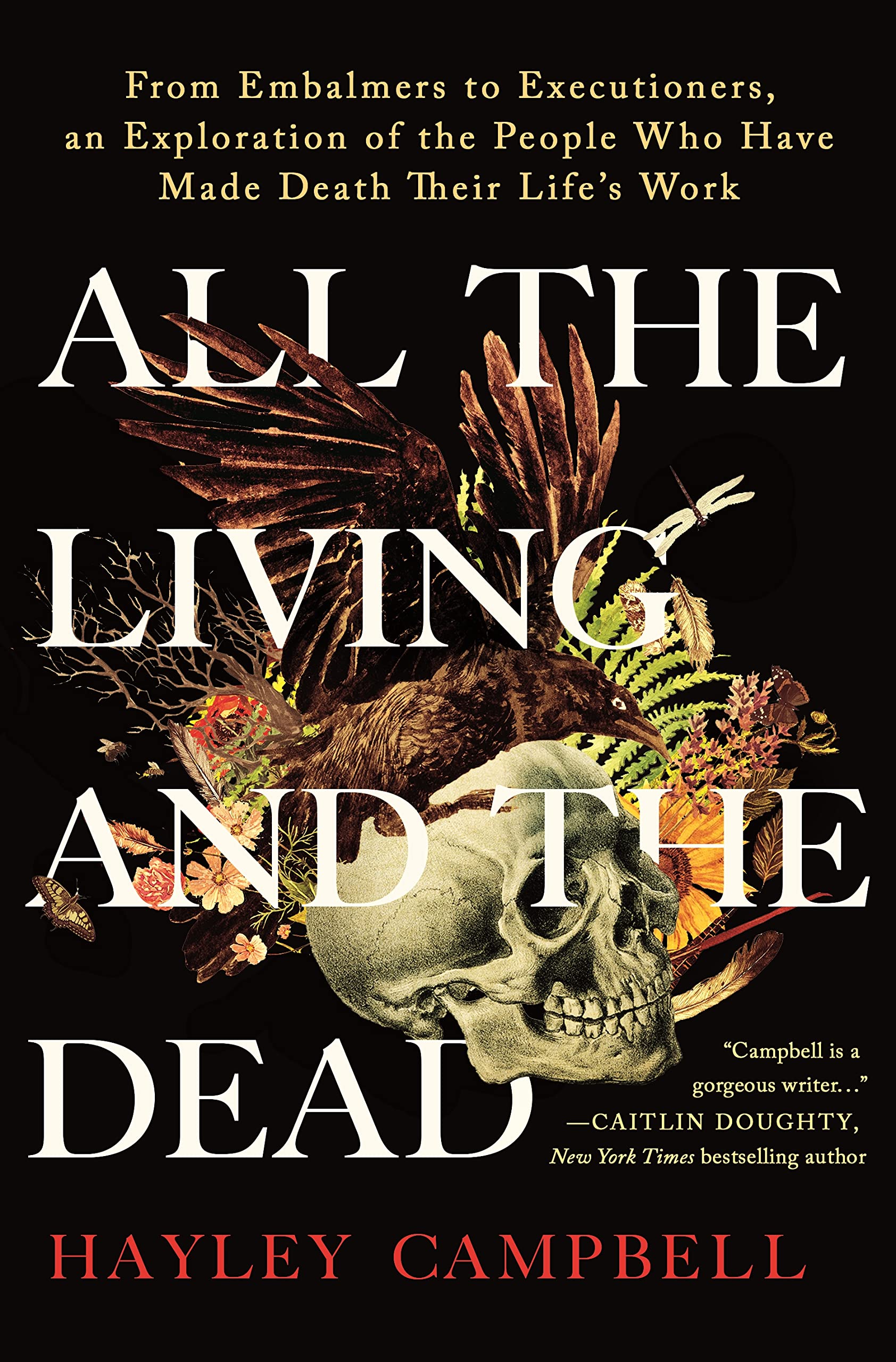 Campbell talks with funeral directors, embalmers, crematorium workers, and gravediggers to discover what insights their regular contact with the dead and the mourning has brought them; she meets with a man who makes death masks, a bereavement midwife, and a cleaner of crime scene sites, to learn what people’s reactions to death really tell us; she sits down with an executioner and with a homicide detective to discuss their careers spent confronting death, and attends forensics autopsies, one of which makes an devastating impression on her.

All the Living and the Dead is an absorbing panorama of the industry that dismantles the dead and puts all the pieces away. These are the people whose voices are rarely heard—oftentimes because many
people tell themselves they’d be more comfortable not hearing them—but who have intriguing stories to share and who contribute to an awareness of death that, according to Campbell, we’ve all been avoiding for a long time. The result is a fascinating book that offers much food for thought and brings readers closer to a workaday world focusing on life’s closing chapter. For Campbell, death is very much a thing that people can face, and her book will have readers sharing that opinion.