Summer is still sizzling and Paramount Home Media Distribution is making waves with the release of Baywatch. This new extended version features outrageous footage not seen in theaters, on 4K Ultra HD Combo Pack and Blu-ray Combo Pack. Take a dip now that the flick has been released.

When a dangerous crime wave hits the beach, legendary Lt. Mitch Buchannon (Dwayne Johnson) leads his elite squad of badass lifeguards on a mission to prove you don’t have to wear a badge to save the bay. Joined by a trio of hot-shot recruits including former Olympian Matt Brody (Zac Efron), they’ll ditch the surf and go deep undercover to take down a ruthless businesswoman (Priyanka Chopra), whose devious plans threaten the future of the bay. 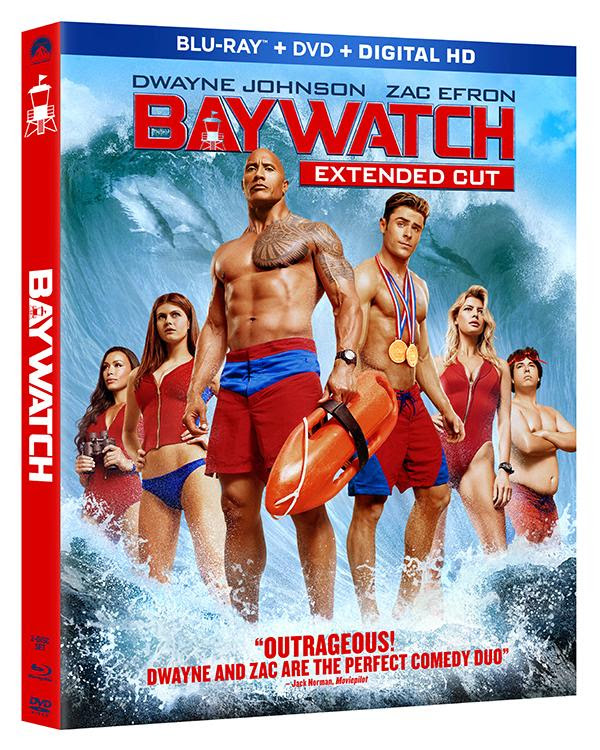 The Baywatch 4K Ultra HD and Blu-ray Combo Packs include both the extended and theatrical versions of the film and are loaded with special features, including interviews with the sensational cast, a look at the “Baywatch” legacy, behind-the-scenes footage of the spectacular stunts, as well as deleted and extended scenes.  The film also boasts a Dolby Atmos soundtrack remixed specifically for the home theater environment to place and move audio anywhere in the room, including overhead.