One of Cohen Film Collection’s August DVD and Blu-ray releases feature two titans of French Cinema: Simone Signoret and Alain Delon.  They are brought together for The Burned Burns, a crime drama set in the snow-covered French countryside on the border with Switzerland. The body of a young woman is found savagely murdered near the isolated Burned Barns farm run by Rose (Signoret ) and her family. 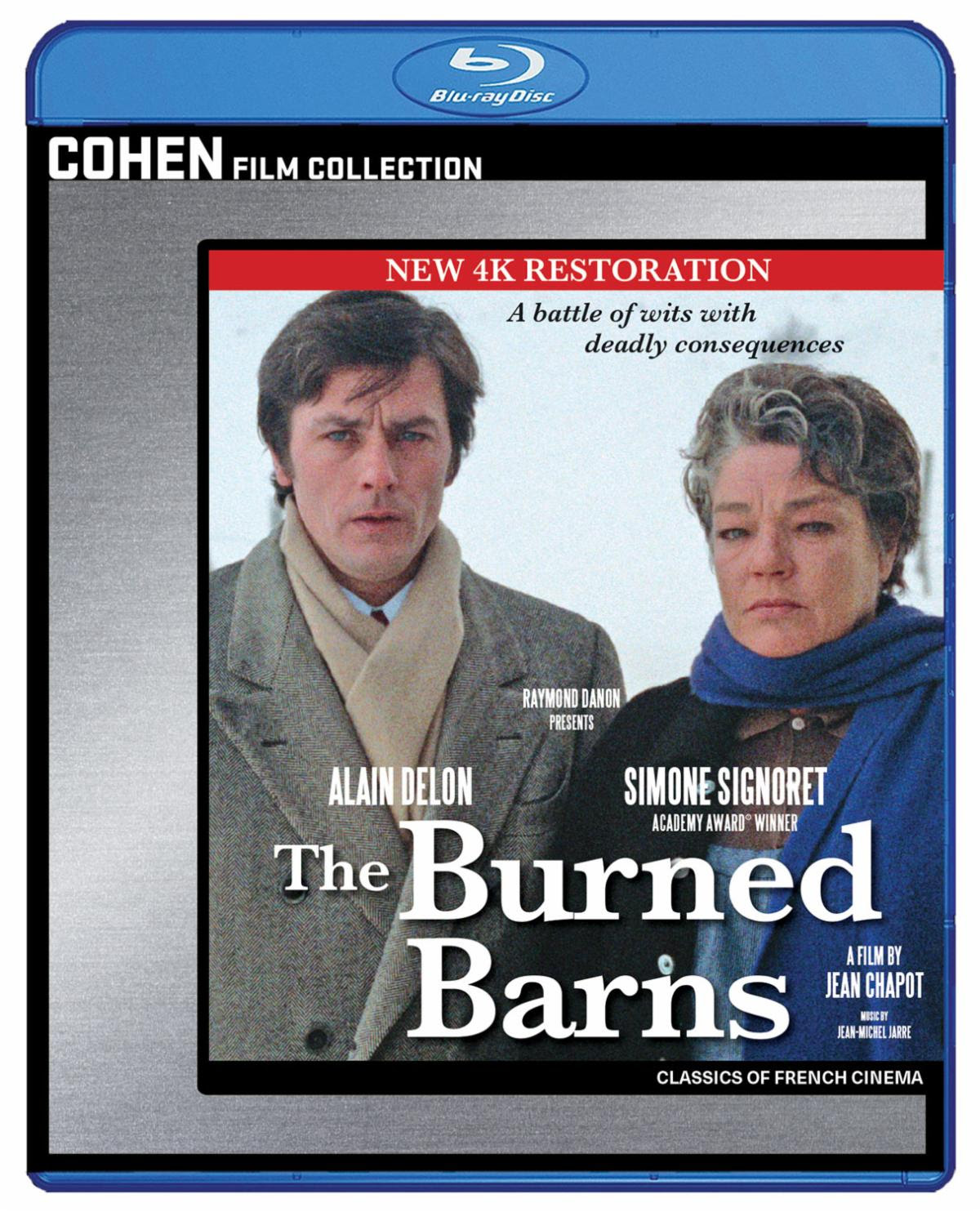 The police work begins and the investigating judge, Pierre Larcher (Delon), soon comes to suspect that Rose’s family, and in particular her sons, may have played a role. Signoret and Delon are outstanding as two forces playing a game of wits with profound consequences. Keep your eyes and ears open—Jean Chapot’s film features a stunning soundtrack by electronic music pioneer Jean-Michel Jarre.

The second must-have flick: Symphony for a Massacre. In this stylish heist noir from director Jacques Deray, master director of the French crime film, five men tied to businesses with varying degrees of legality pool their money to go in on one huge narcotics deal that can set them up for life—and test their loyalties.

Restored in 2K from a 4K scan of the surviving 35MM interpositive (the negative is lost), the film boasts stunning black and white photography, supported by a lush and memorable score. Deray assembled an impressive cast of stars, including Charles Vanel, Michel Auclair, future director José Giovanni who also co-wrote the film, and Jean Rochefort, in a brilliant casting against type from his largely comedic roles up until then. This rediscovered crime thriller is sure to please fans of classic film noir.

Die-hard film fans know  that Alain Delon (a) French actor is a handsome hunk and (b) Jacques Deray is a daring director. Pair them together,  and French fireworks explode.
Save the date: On August 31, Cohen Film Collection releases “Three Men to Kill: Two New Restored Films by Jacque Deray.”
The Gang (1977): In 1945, as World War Two comes to a close, five small time crooks unite to form a gang lead by Delon. After several bold robberies they become notorious as “the front-wheel drive gang.” The police attempt to stop their crime spree with little success . . . but how long will their luck last?
Three Men to Kill (1980): In this gritty, violent and suspenseful thriller, Delon plays Gerfaut who comes to the aid of a man laying wounded in the road, not knowing the man has taken two bullets to the belly.
Soon he becomes the target for the killers, who see him as a dangerous witness. But Gerfaut has been around the block a couple of times and he won’t be so easily eliminated.