The first time I watched Jack Palance torment Joan Crawford, I was hit with a case of Sudden Fear.  I wanted to join Joan in the closet and watch the wind-up toy getting closer . . .

On January 12, Cohen Film Collection released this rediscovered masterpiece of film noir on DVD. Crawford plays a successful playwright who marries a less than stellar actor (Palance) with a troubling secret.

She soon discovers that he not only married her for her money but that he plans to murder her with the help of his lover (played by Gloria Grahame) in a performance The New York Times hailed as “hard, brash and sexy”.  This taut thriller, featuring a score by Elmer Bernstein, that is sure to keep you on the edge of your seat.

War is hell. Film Movement is offering an exemplary Blu-ray collector’s set that commemorates the bravery of a nation at war in five gloriously restored British World War II classics.

Their Finest Hour: 5 British WWII Classicsbrings together some of the most celebrated British war films, digitally restored and available for the very first time on Blu-ray. Titles include the Ealing Studios-produced, Graham Greene adaptation Went the Day Well? (1942), along with Michael Anderson’s Oscar-nominated The Dam Busters (1955), as well as three box-office hits starring John Mills: The Colditz Story (1955), Dunkirk (1958) and Ice Cold in Alex (1958). The set releases on March 17.

WENT THE DAY WELL? (1942)
Based on a story by Graham Greene and directed by Alberto Cavalcanti. Bramley End, snug and safe, seemed far away from the perils of World War II. Little did the villagers suspect the grim events that would arrive at their doorsteps. Surprised by the lorry loads of Royal Engineers that rolled onto their village green, they had no reason to believe that these soldiers were disguised German paratroopers, and even less reason to be suspicious of Oliver Wilsford (portrayed by Leslie Banks), their trusted town squire. A.O. Scott of The New York Times, said this Ealing Studios wartime production “contemplates some pretty grim stuff, but with equipoise, discipline and a sense of humor that embody exactly the virtues it sets out to defend. Apart from its considerable historical interest, this is a movie about how civilization survives.”

THE COLDITZ STORY (1955)
The Nazis believed that no man could break out of Colditz Castle. A medieval fortress located in the heart of Saxony and situated 400 miles from any neutral frontier, it was the prison where the most contentious Allied POWs were held. Determined to find a way out, a British officer (John Mills) hatches a plan to navigate the castle’s subterranean tunnels towards freedom. Based on the best-selling book by actual Colditz escapee Major Pat Reid and brought to screen by four-time James Bond director Guy Hamilton. Nominated for a “Best Film” BAFTA Awards, THE COLDITZ STORY was called “Easily one of the best prisoner-of-war yarns to come from any British studio” (Variety).
THE DAM BUSTERS (1955)
Based on actual events. Convinced that the war can be shortened by attacking the German industrial nerve center, Dr. Barnes N. Wallis (Michael Redgrave) develops a “bouncing bomb” that can be used to destroy the Ruhr dams. Facing seemingly impossible odds, the 617 Squadron, led by Air Ace Wing Commander Guy Gibson (Richard Todd), is then tasked with carrying out the dangerous night raids to complete the mission. Adapted by R.C. Sherriff from the book by Paul Brickhill and featuring innovative special effects photography by Gilbert Taylor (cinematographer of Star Wars: A New Hope), The Dam Busters would become a major influence on George Lucas in his storyboarding and filming of the Death Star attack sequence. James Dennis of Screen Anarchy called the film “a triumph of British ingenuity [that] served to highlight the best of the war effort in a wonderfully celebratory fashion.”
DUNKIRK (1958)
It is early May 1940. London is lulled into an atmosphere of false security, but war correspondent Charles Foreman (Bernard Lee) knows better. As the Battle of France takes a turn for the worse, he joins the Merchant Navy and volunteers for Operation Dynamo, the greatest rescue mission ever mounted. John Mills and Richard Attenborough star in this Leslie Norman-directed first cinematic retelling of the 1940 evacuation of Dunkirk, produced by Ealing Studios. James McAllister of The London Economic said, “Those who thought Christopher Nolan’s shattering summer spectacle could have benefitted from greater historical context, need look no further than [this] epic wartime classic.”
ICE COLD IN ALEX (1958)

The year is 1942. Along the barren North African coast where war has turned towns into smoking ruins, Captain Anson (John Mills), a commanding officer in the Royal Army Service Corps, is tired and thirsty. Separated from his unit while evacuating to Alexandria in a military ambulance, he takes on several passengers but soon realizes that one of them may be a German spy. Nominated for four BAFTA Awards and winner of the FIPRESCI Prize at the 1958 Berlin International Film Festival. Lou Thomas of the British Film Institute says, “Sixty years after its release, director J. Lee Thompson’s desert epic still stands up as an essential war film.” 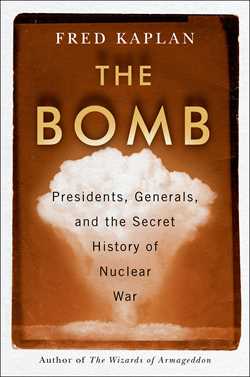 Iconic French director Eric Rohmer has (finally!) been celebrated  with two of his most renowned films: Full Moon in Paris and The Marquise of O. Both have been released by Film Movement Classics.
Originally released in 1984 to universal acclaim, Full Moon in Paris was heralded as “a small masterpiece” and “the very best of Rohmer” by The New York Times. The story of Louise (portrayed by Pascale Ogier), a young interior designer bored with her life in the sleepy suburbs with her live-in boyfriend Remi, and eager to lead the life of an independent socialite in the city, Louise arranges to move back into her Paris apartment during the week.
Balancing a steady boyfriend in the suburbs with a best friend, Octave (Fabrice Luchini), who makes plain his interest in her, and a bad boy musician who catches her eye at a party, eventually even the sophisticated and aloof Louise cannot untangle herself from the emotional realities of her various romantic encounters. Decades after first impressing critics and audiences alike, Full Moon in Paris remains a modern, wry observation of youth and love.
Already an established filmmaker by the 1976 release of The Marquise of O, an adaptation of Heinrich von Kleist’s classic short story, the film stands as Rohmer’s “dazzling testament to the civilizing effects of several different arts, witty, joyous and so beautiful to look at” (The New York Times). Winner of the Special Jury Prize at the Cannes Film Festival that year, Rohmer’s film is set in 1799 during the Russian invasion of Italy. A young widow, The Marquise (Edith Clever) lives with her parents; her father is the commander of a citadel embroiled in battle. With the fort overrun by Russians, the Marquise is abducted by a group of rowdy soldiers and nearly taken advantage of when the Russian commander Count F (Bruno Ganz) appears as if from nowhere to rescue her.
Later, the Marquise realizes she is pregnant, though she cannot decipher how the circumstance came to be. The Marquise’s scandalized parents banish her to their country estate, where she pens a letter to the newspaper announcing that she will marry the father, whomever he may be, should he only present himself.

In Merchants of Truth: The Business of News and the Fight for Facts (Simon & Schuster, $30), prizewinning journalist Jill Abramson takes readers deep into the story of the news business, fighting for survival through a series of crises—first the digital revolution and great recession, and then the President’s unprecedented war on the press.

In the tradition of David Halberstam’s The Powers That Be, Abramson profiles four powerful news organizations as they grapple with upheaval: BuzzFeed and Vice, upstarts that captivated young audiences; and The New York Times and The Washington Post, legacy papers that were slow to adapt to digital changes. Each struggled with crises in business, technology, resources and credibility. As these forces clashed, the only certainty each organization confronted was radical change.

Abramson also covers the essential platforms to share news—Google/YouTube and Facebook—as they forced transformations in all of these organizations and sped up challenges they faced. The vital question that confronts all four in the era of fake news: Can an informed press stand its ground?

Merchants of Truth raises crucial questions that concern the well-being of our society. We are facing a crisis in trust that threatens the free press. Abramson’s book points us to the future. A riveting must-read.

Love is all around. And love is the same kind, even if a person is different.

Welcome to Same Kind of Different As Me, arriving on Blu-ray and DVD on February 20 from Paramount Home Media Distribution.  The film arrives on Digital tomorrow.

Based on The New York Times bestselling book and recipient of the Dove Foundation seal of approval for ages 12+, Same Kind of Different as Me follows successful art dealer Ron Hall (portrayed by Greg Kinnear) and his wife Debbie (Renée Zellweger), who seemingly have the perfect life.  But when their faith and family are tested, an unlikely bond with a homeless drifter (Djimon Hounsou). The film shows how a simple act of kindness can change everything.

The Blu-ray includes over an hour of behind-the-scenes bonus content, including deleted and extended scenes, featurettes, and commentary by director Michael Carney and writers Ron Hall and  Alexander Foard.  The DVD includes the feature film only.