Sometimes the holiday season goes so fast, perhaps faster than Santa at his maximum speed, that good things fall aside.

And so we have picked them up.

Think of this as a sprinkle of great news.
Kate Stempel has written her first children’s picture book, entitled Sprinkles, that was published by FriesenPress, Canada’s largest publishing services provider, at the end of September.  They say the book is meant for those ages 7 to 11, but I say it’s for everyone young and young-at-heart. Kurt Hershey has done the whimsical illustrations. 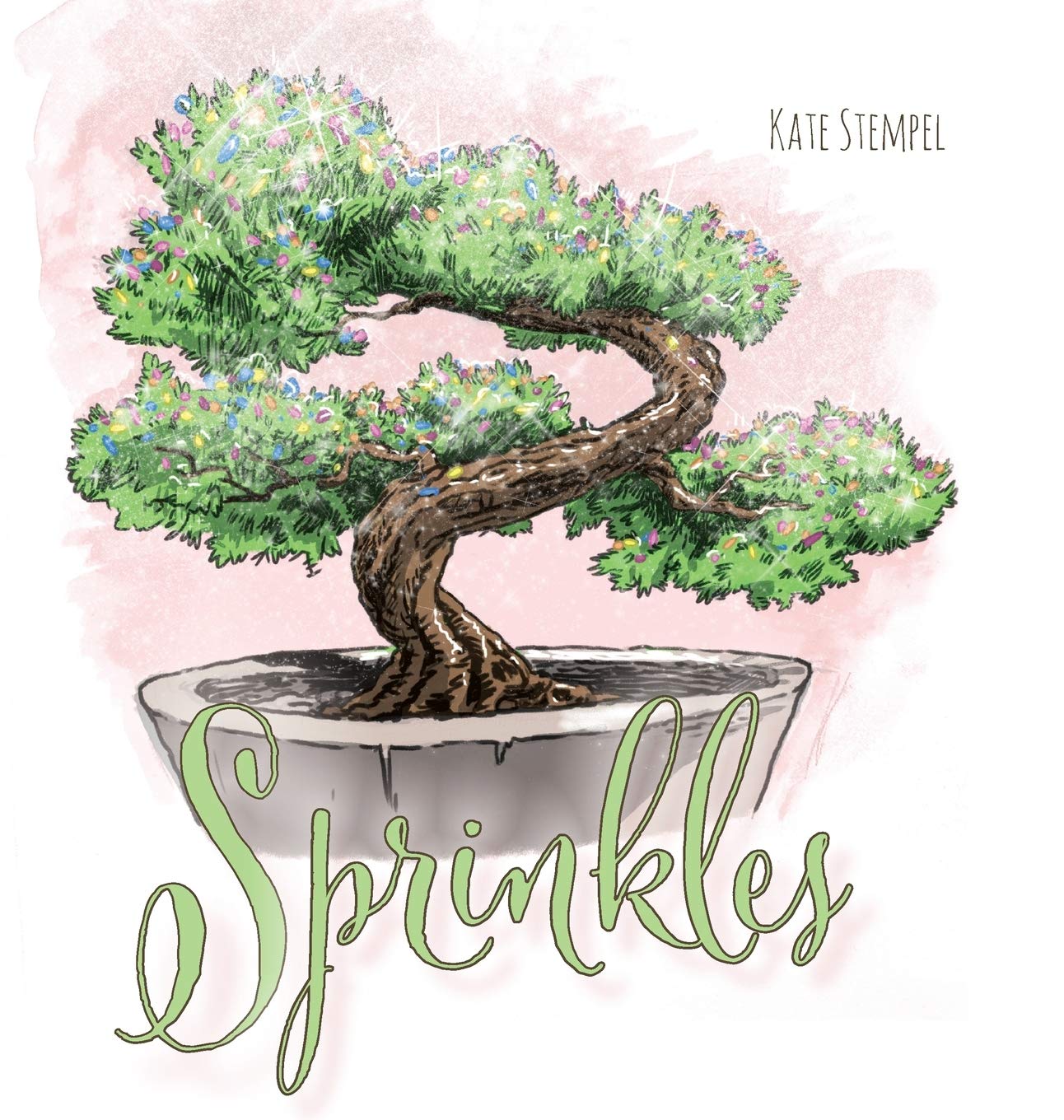 Sprinkles is a feel good story about Sky, a young baker extraordinaire (modeled after the author’s own daughter), who is selling her famous cupcakes (think yummies with double chocolate and marshmallow frosting; graham cracker sprinkles; and caramel drizzle) to raise money for the local animal shelter where she found her beloved dog, Cocoa. Everyone is crazy about Sky’s cupcakes . . . everyone, that is, except Mr. Conway.

So Sky and her mom begin mission impossible as they try to help a lonely elderly man find a reason to smile again. Join Sky, her mom and Cocoa as they explore how the smallest gestures in life–such as mini cupcakes, mini trees and mini moments of humanity–can sometimes have the greatest impact, and how friendship and responsibility come in all shapes and sizes and how such actions give back to a community. Sprinkles will delight girls and boys by teaching them to imagine, smile and show compassion. Just ask Mr. Conway.

Interested in more about the book? Visit sprinklesthebook.com.
One thing you will learn is that 10% of book sales are donated to Citymeals on Wheels, a New York City and area organization that delivers food to the homebound elderly,  ensuring they never go a day without a nutritious meal and a warm visit.
Another chapter you must begin: Castle of Concrete: A Novel (Young Europe Book) by debut YA author Katia Raina.

Through vivid imagery and compelling characters, debut author Raina creates a vision of Soviet Russia in the early ‘90s—a time of political upheaval, demonstrations, and divisive prejudice against Jews. In the midst of this turmoil, Sonya Solovay, a timid Jewish girl, leaves her babushka in Siberia to reunite with her once-dissident mother now living near Moscow, and to begin her New Life. When Sonya starts school, she finds herself drawn to Ruslan Valentinov, a mysterious muddy-eyed boy who may be an anti-Semite.

Castle of Concrete is a stunning debut novel with powerful messages and a vibrant narrative that combine to paint a picture of a different time and place. But ultimately, it’s Sonya Solovay’s own story that fascinates.

And there’s a virus you just might want to catch: In C.B. Lyall’s debut YA fantasy The Virus of Beauty (Austin Macauley Publishers), 15-year-old soccer star Wilf Gilvary, living in present-day Hong Kong, wants nothing to do with magic despite his stern wizard father’s efforts to make his son use his gifts.

After his father’s sudden death, Wilf still refuses to explore his powers when his 20-year-old stepsister, Myra, insists that they leave the normal world for new lives in the Magical Realm. A visit from a repulsively ugly and desperate witch forces Wilf to reluctantly accept that he is indeed a wizard.

An engaging fantasy and just think: This is Book One!